Text description provided by the architects. This apartment is one of the many forgotten penthouses of 1950s São Paulo. The apartment absorbs both floor-plans of the two apartments per floor of this small building in Santa Cecília, each one with 60 square meters, and organizes the space in a fashion that is curious for the time in which it was constructed.

After being closed for 20 years, the owners bought not just the apartment, but the promise of a fight for the necessary renovations, which would be structural and require much patience and planning. All the building's water piping was in the walls (and there was no record of the piping, so it was necessary to track it down) and to meet the requirements of the owners, this piping needed to be updated and moved, so that the apartment's spaces could interact.

Besides this very important fluidity in the project, some of the original materials were kept, such as the granilite in the staircase and the old wooden floors, which were both restored. Other details were remade, such as the iron windows with electrostatic paint and the terracotta cementile flooring, which, in an abstract way, reflects the original forms found there.

The carpentry and marble work guest star in diamond white, speckled grey granite, and in American oak. These are truly the original treasures of the apartment. A curious discovery of the demolition was that the external walls were doubled. They were left exposed and painted white. Through the process we discovered this was because it made it easier for the roof slabs to be concrete.

The original pre-demolition beams were treated but their rustic aspect was maintained to show that they used to be walls and now belong to distinct spaces. The result is a clean space, with simple lines and clear organization; without spacial hierarchy, the light spreads to all corners, which serves to show the original characteristics of the building. 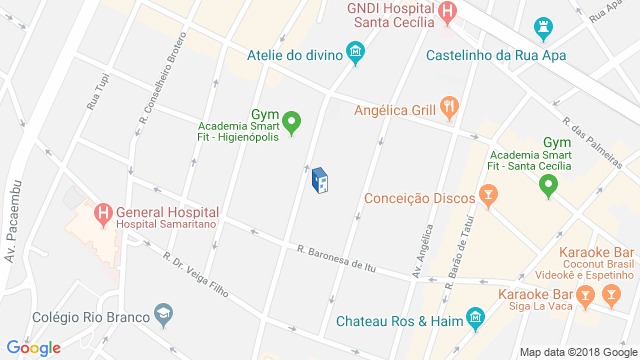 Location to be used only as a reference. It could indicate city/country but not exact address.
Share
Or
Copy
About this office
Estúdio Paralelo
Office
•••