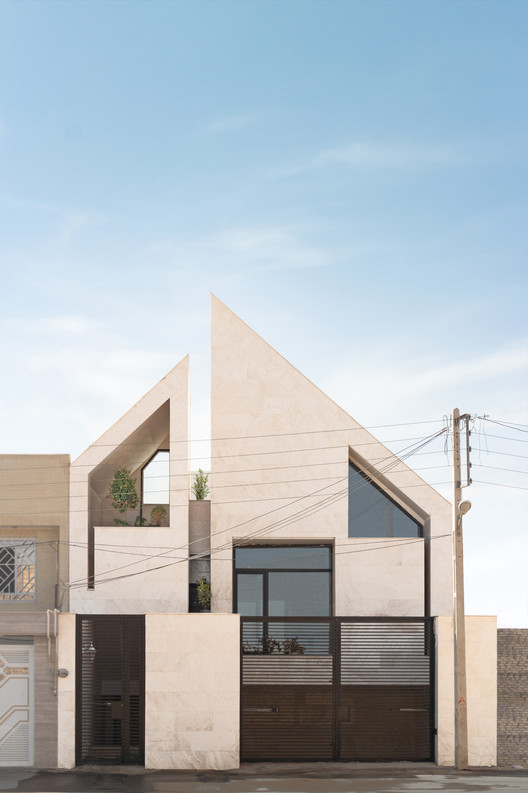 Text description provided by the architects. A concept is derived based on mass composition resulting from geometrical shapes in that. It deals with the effective element on a low density and a bit poor neighbourhood with no specific architectural characteristic. Furthermore, the rustic background of the site has been specified by the instantly recognizable hipped Roof in contrast to almost all of the other near buildings which they have stuck in their densely blocks. so we made a spatial crack between separable spaces, that is a concept of the vertical access that shifted from rest of the home and embedded some green space in between.

The building reminds the scene of a cottage in a grain field. the program was to divide the home into two flats as the custom of the neighbourhood. So it is a so common potential for an architect who comes up with the revitalized skyline. The architects believe, as with any forgotten site, the more we keep it, the longer it will last. Consequently, the people in that neighbourhood, fortunately, are satisfied with their new neighbour.

The structure of the building is a  composition of reinforced concrete and steel structure for hipped roofs that they have been covered by the 3D panels – a kind of low steel wire mesh – and the facade has been built by stone and the roof has a coating of insulation, both are bright enough to absorb less solar energy.
The interior space is designed by one main material-wooden timber- to reach to a unity according to the facade design.