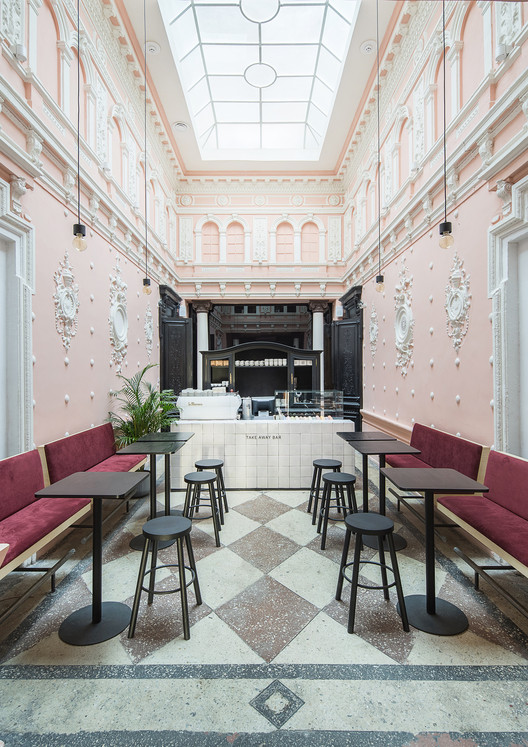 Text description provided by the architects. Odessa is a modern Ukrainian city with rich history and a mix of cultural traditions that go back centuries. Conservation efforts are gaining momentum, and one of our latest projects - 4CITY – has become a prominent part of this movement.

We were presented with a 1890s Renaissance Revival building that had seen its best days at the turn of the last century. It was a popular medical spa facility, with lots of inner tiled spaces and minimal provisions for foot traffic.

We were to design a space that incorporated a restaurant, a bar and a coffee shop, as well as an independent co-working room and a lecture hall.

Our challenge was two-fold: first of all, we decided to preserve the spirit of original building while making it attractive to modern clientele. It meant that we had to decide which original architectural elements we wanted to save, restore and bring into the interior without overdoing the ‘revival’ aspect of it.

Our second challenge was to unite the enclosed spaces, enhance visibility and make every room easily accessible and inviting. The original floor plan had a number of rooms spread along the windowed walls around the perimeter; other rooms were tucked inside, with the only daylight coming through the skylights above.  There was no visual connection between the rooms, and the difference in light sources isolated them even more. With thick loadbearing walls and small or no doorways between the rooms we knew we had a real challenge ahead of us.

Solutions
To unite the space, we started with cutting out several tall doorways in loadbearing walls, and enlarging existing ones. The size and position of the doorways were designed in such a way that a patron in any room could see the ceiling of the adjacent room through the doorway. Opening up the walls also helped to mix up the streams of daylight angled by various sources, creating a uniform atmosphere on the entire floor.

While updating the floor plan, great care was taken to save and sympathetically restore the original architectural elements of the space.

The entrance staircase, skylights, the elegant carved joinery of the central hall, arabesques, friezes and other wall ornaments were carefully preserved and restored. Cement screed was stripped off the floors to expose original tiles and drain slopes, carefully brought back to life and incorporated into the interior. Wherever the white wall tiles could be saved, we kept them on the walls; otherwise, they were used to enhance the counters in the coffee shop, restaurant and bar.

By keeping original elements and adding a soft pink background to the neo-classical wall ornaments we preserved the spirit of the building. To harmoniously capture this spirit into a modern setting we introduced contrasting colors – black, charcoal, bronze – that would not be authentic in a contemporary neo-classical interior.

The original carved joinery was painted black, and bold black furniture was installed. The coffee shop cabinet was made dark, adding contrast and depth, while creating an aura of modernity. 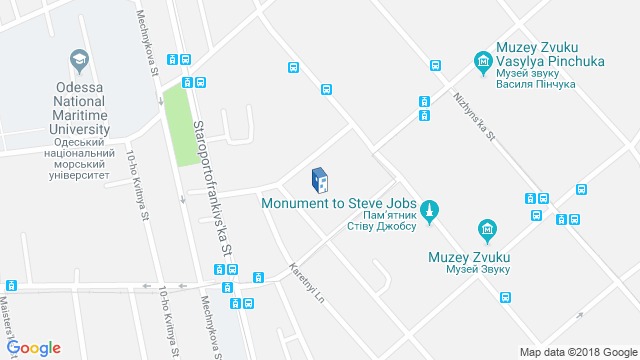