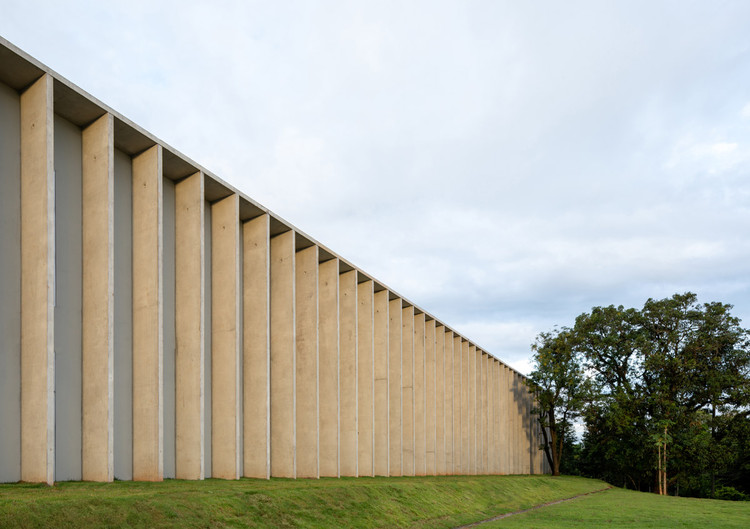 Text description provided by the architects. In 2016 KAAN Architecten we were invited to develop two new buildings, which will house the new campuses of the Universidade Anhembi Morumbi in São José dos Campos and Piracicaba, in the inland of São Paulo State. The projects were coordinated by BRC Group

The sibling buildings are born incorporating concepts of sustainability and flexibility from an architecture of strong presence and at the same time permeable, representing the character of the institution. The adaptability of the design ensured that each building perfectly suited the particularities of the climate and surroundings of its different places of implantation, without losing the aesthetic unity that marks this new phase in the expansion of the Anhembi Morumbi University teaching units.

Both buildings have been driven by the same design choices: to create an elegant yet strong architectural identity for the campuses of the Universidade Anhembi Morumbi through a non-scale approach to the representative façades, providing the students and the institution with a generous central common space that promotes social interaction and responds to the hot Brazilian climate of these regions by allowing greater circulation of natural air.

The new building in Piracicaba occupies a plot along a secondary urban expansion axis in the southern part of the city. By optimizing the topographical characteristics of their areas and thanks to the balanced façade geometries, the project is landmarks that firmly and visually open themselves to the city, giving the University a recognizable position within the architectural panorama, horizontally developed and lies on the slope of the surrounding landscape, directly dialoguing with it.

The intense Brazilian solar radiation is mitigated by a fully encompassing system of vertical slabs that fulfills the need for shade in every façade. Choosing a regular structural system enabled KAAN Architecten to feature glass in between the thin concrete slabs and the roof beams. The structure it was prefabricated to enhance sharpness and exactitude in the attachment system. 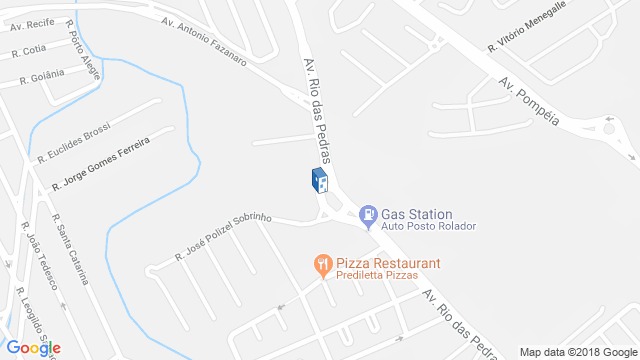 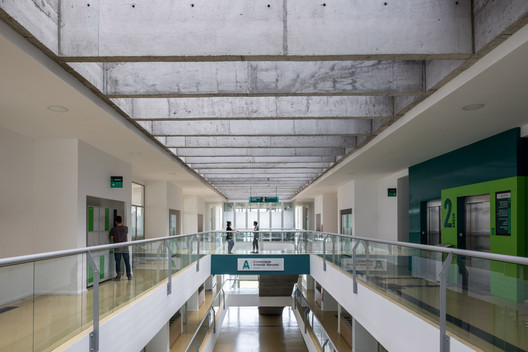