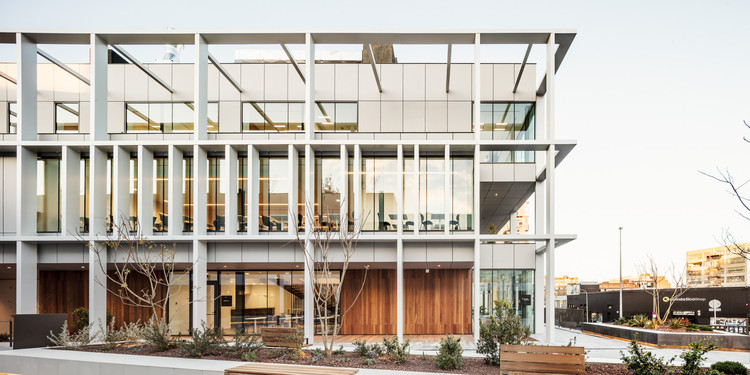 Text description provided by the architects. The project houses the “New Sancho de Avila’s Funeral Home” (“Tanatorio de Sancho de Ávila”) in Barcelona. It is located in the same block as the ‘same-name’ original building. The original Funeral Home opened in 1968, and was the first existing funeral home which introduced, in Spain, the concept of wake outside the family home, thus representing a change in the way of vigil the dead. 50 years after the construction of the original building, the challenge was to design a building which became a new funeral home model adapted to the present and future needs of the sector and become a benchmark for the city.

The location of the building has specific constraints: there are the former basements, which must be conserved; and it is marked by the presence of the train line, which crosses the plot in the transverse direction and which is covered by a protection slab. The slab raises the “use mark”. Furthermore, in the front giving on Zamora street, there is a public parking, below ground, which gives service to the new building. The proposed intervention creates two different volumes, which accommodate the different services of the complex and are articulated according to the city plan, and creates a public inner square which becomes the principal backbone of the project.

This public space generated within the plot, absorbs the two volumes, connecting them and generating a program beyond the internal use. It consists of a new city park, which integrates well the buildings, it manages the flows, and it frames the complex into the urban landscape. The new inner square of the Funeral Home is raised 1.5 meters from the street level, due to the preexisting elements. Taking full advantage of this morphology, a unifying element is raised, which functions as an stereotomic podium, which raises the new building, all which creates the required privacy and settles the new volumetric in a new horizon.

Each of the buildings are raised as a mixture of volumes, which keeps a common compositional line but they are different regarding materialization: horizontal designs clearly predominate in the Funeral home building, which closes to the street, providing the privacy required in its use, and opens to the public space, being this an exercise of reclusion and privacy. On the other hand, the Services building is much more permeable, and opens to the street, the neighborhood, the city,… in an exercise of transparency and as a lure. This building is wrapped with a second skin, which improves the climatic environment, due to the sun exposure of the spans and a visual control between buildings in the inner front of the square.

From a functional programme point of view, the Funeral Home building accommodates the specific uses of the activity, reserving the basements to private spaces, the ground floor for management and spaces for the last farewell, organized in 1 prayer room, with capacity for accommodating 150 people, and another 2 prayer rooms, with capacity for 250 people each one, these 2 rooms being able to be united in a sole space for more than 500 people. In the upper floors, the whole space is organized around large and luminous spaces for families, known as “wake rooms” (“salas de vela”): 14 standard rooms on the first floor, and 4 premium rooms plus 2 VIP rooms on the second floor. Different outdoor spaces are generated in the two floors, through the volumetric mixture, spaces which become an extension of the outside square and which welcome users into the square. The recruitment offices and catering services are located into the Services building.

The internal finishes are based on the simplicity of fine materials: exposed concrete, wood, ceramics and glass. Each of these materials is adjusted to the used plane and to the exact shape according to the hierarchical order of the spaces. 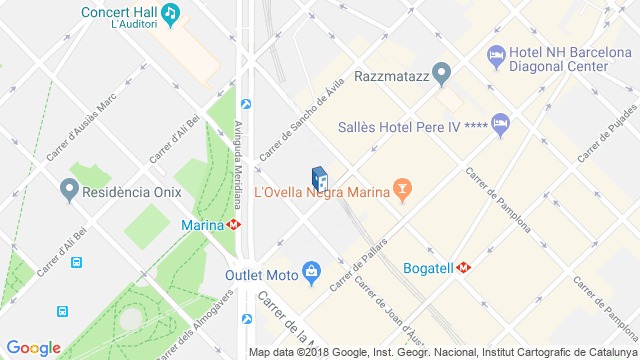 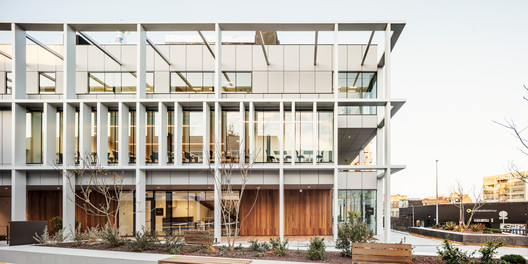