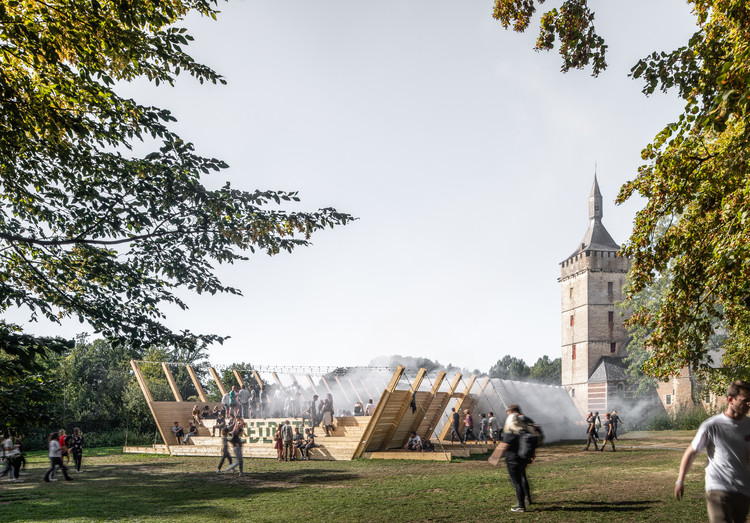 Invited by the Horst Festival to “create new work reflecting on the historic context of the site,” Atelier Bow-Wow has flipped the prompt on its head. Designing a stage that they describe as a “wooden box on the lake shore,” they claim its simple form will be activated as it pulses with music, “an antipode of the dead castle and the still scenery.”

Tension ropes connect walls on either side of the pavilion, creating “an immaterial roof, which seems to blend with the horizon.” The stage extends from a platform submerged in water, in turn mimicking Horst Castle itself, which appears to float atop a pond. 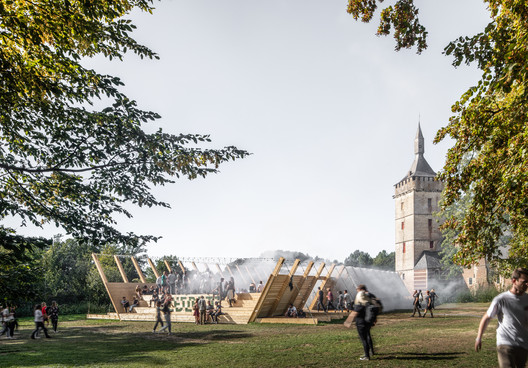