Save
Museum and Education Center House of Fate / Attilafk Architects 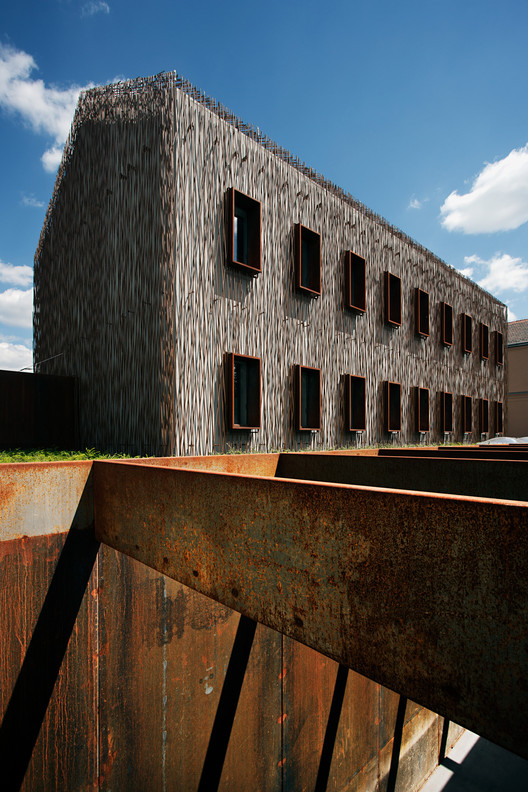 Inspiration
I wanted to destroy the railway from Budapest to Auschwitz and built a museum out of it. I saw an old station building in my mind transferred to a statue which is standing alone and sinking into a “sea of stones” and become a monument in itself. I also saw two huge towers of railway cars standing on each other in the “sea of stones” in front of the station and connected with a David Star Bridge. I also saw two side building captured in an iron cage - building as a prisoner.

Design Concept
My design concept was to create a huge underground exhibition area under the area in front of the station because I realized there is no chance to built the new museum inside the old station building because it is too small. Although the old buildings had a basement, their areas were not interconnected.  In my concept, everything became accessible from the new underground exhibition area.

And when it was completed...
I was enchanted by the scale and the effect of the materials, how they work together, and the sensation of time, and loneliness

Why was there a need for such a museum there
This was a state investment to erect this new museum to commemorate the 70’s anniversary of the horror of the deportation of Jewish people during the second world war. This railway station which was abandoned for approx 16 years was one of the stations where deportations took place in 1944. This will not only be a museum but also an education center, to educate young generation about this part of our history because they don’t learn so much about the topic in the normal schools. The topic is a kind of tabu.

Information on special materials used in the building
I used basically raw materials that are connected to the transportation but in a special context, for example:
1. I used the basalt stone which is the foundation of the railway but I used it in large size approx 5 times bigger, to create the gigantic stone field (6000 sqm)
2. I used tie (the wood under the railway), but I built a fence out of it into the street front (3m high 350 m long)
3. I used old railway cars facades to cover the two holocaust installation towers, and the cars are in vertical position, and they cover the 20m high towers,

4. I used perforated aluminum sheets to cover the David Star bridge, and it was custom made to follow my design in terms of the size and quantity of holes
5. I used a lot of rusty iron, in some areas they are made out of Corten, which symbolizes for me survival despite the destruction.
6. I used naked iron rods (normally used inside concrete constructions,) to create cages of the two side buildings, and also banisters all over the place
7. I used old rails to built stairs and supporting walls in the main axis of the complex at the street front,

About its layout
It is basically a symmetric composition of the ensemble of buildings from 19th century. I respect it with a twist: the two towers are in the main axis of the old railway station, but I turned them into a diagonal position, so it is still in the middle but it is not symmetric,

Topography
The place is next to the big Christian and the Jewish cemetery, the district is used to be the worst district of Budapest: district VIII the "Harlem" of Budapest. This area tends to be more fashionable among young crowd, because of the rental price, and also because of the relaxed atmosphere. The criminals were pushed toward to out skirts, the has been gentrified. 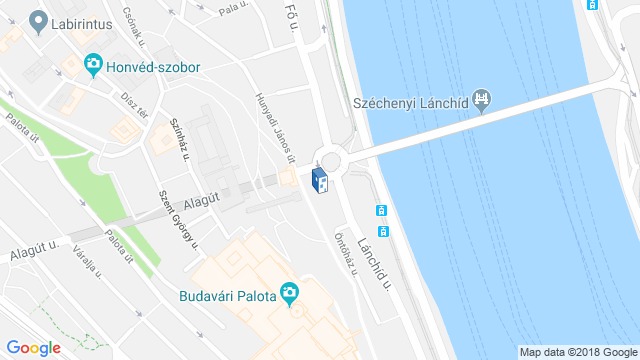