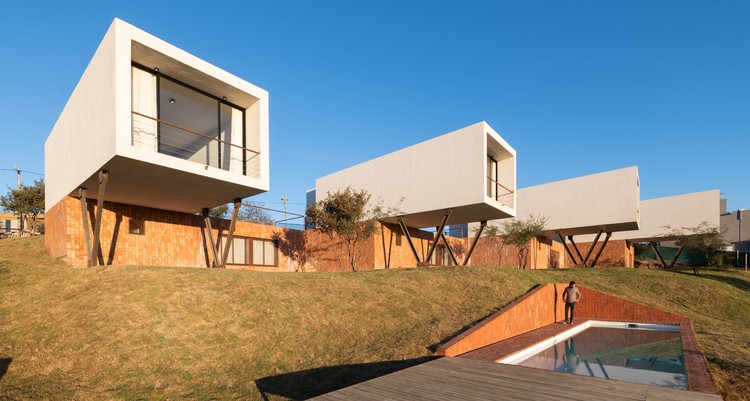 Text description provided by the architects. Los Miradores is a complex of 4 houses made for temporary use, placed in a 2,368 m2 steep-sloped plot, in the highest area of the city of Villa Allende, Córdoba.

By not having a defined user, center stage is given to the man and the woman of a globalized world, which has been losing the singularity that characterizes each region, that which gives identity and from where man is built.

From this paradigm, this work tries to recover the architectural spirit as art, an architecture that goes beyond solving the basic needs of man as a stereotyped object.

A device that uses the same principle of observance as the panopticon, but this time, at the service of the singularity of the subject that inhabits it.

Architecture as art, as a symbol of progress, which contributes to the transformation of man from observed object to observing subject, from the cause of his symptom and the symptom of his time, that is the idea sustaining this work.

From this reflection originates a 450 m2 scopic building, with a continuous semi-buried basement housing the bedroom area, covered in brick, retaking the regional tradition as the foundation of our identity. Above it rests the diurnal zone, materialized by four white and pure rectangular prisms of the same proportions as the base, but rotated over the service nucleus, projecting towards the horizon facing east. 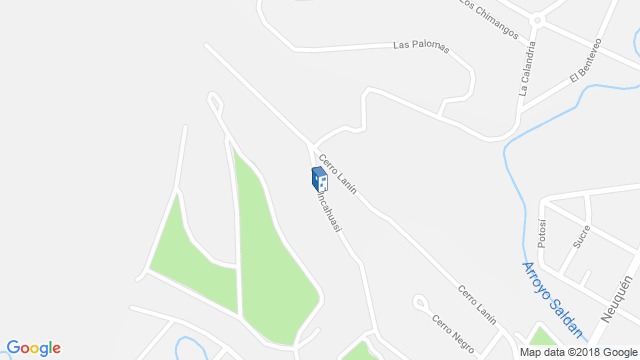 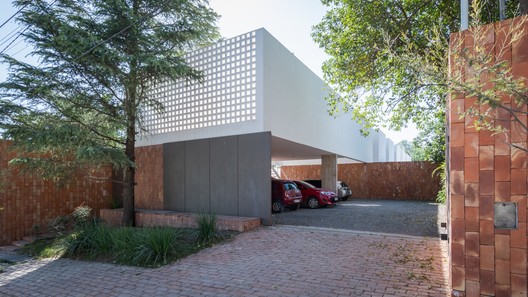