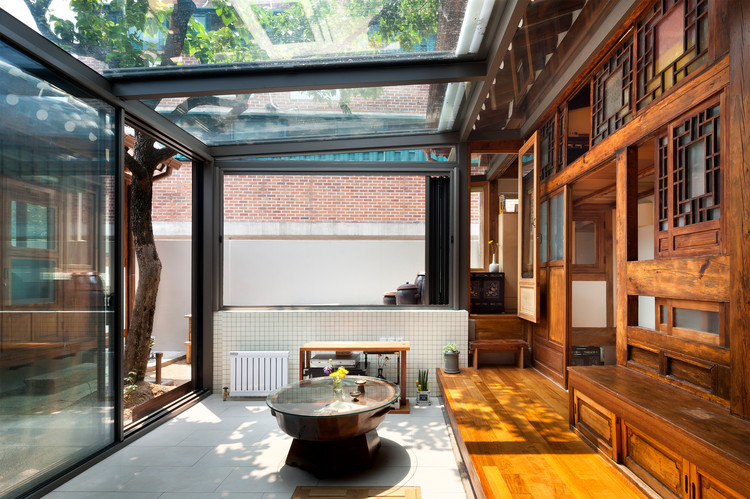 Text description provided by the architects. Cheonyeon-dong is located in the centre of Seoul. Nowadays we cannot easily feel the historical aspect of this site. As the result of some historical major events combined with the need to rebuilt in a fast way, the traditional urban housings are disappearing in the centre of Seoul. In this neighbourhood, only 2 of them are remaining. This house renovated by guga Urban Architecture is one of them.

This house shows the adaptability of the traditional Korean Hanok in an urban environment and to the modern lifestyle. The architect was happily surprised by the quality of the remaining structure and windows. The main goal of this work was to reorganize the interior space and adapt it to the client lifestyle while keeping intact the original features of the Hanok built in 1939.

The five-persons family made the decision to move from a condominium to a smaller family Hanok. The architect believes that the value of the space in a traditional Korean House is different than in a modern apartment. Even in a smaller space, one can have a different feeling of spatiality in the traditional Korean space through a unique lifestyle.

The first action was to move the kitchen to the major place of the Hanok called Daecheong (wooden-floored family meeting space), showing the adaptability of the traditional construction typology to the evolution of the lifestyle as the kitchen/dining became the meeting space of modern house. That place was converted into a staircase and a bathroom. Over the bathroom, the Dalak (traditional low-ceiling storage over the kitchen) became a room for the youngest daughter. The staircase led to a remodelled underground storage and a painting atelier.

As the family is big and as the Daecheong is now occupied by a kitchen/dining, the architect had to find a place for the living room. The idea was to convert a portion of the courtyard (in Korean called Madang) into a glass atrium. It became the central space of the house and family life. More than a living space, it is a multipurpose room like the traditional Madang connecting all the rooms between them physically and visually. That new construction impacted the dynamic of the traditional Hanok where the people used to walk around the courtyard to go from one room to another. The glass and metal material were chosen in order to keep the atrium as transparent as possible to keep visible the original Hanok wooden façade and to allow the maximum amount of light to enter into the rooms. When the windows are opened, the atrium feels like an outdoor space. In this atrium, there is a trap which led to a bunker to hide during the war.

The remodelling was carefully managed in order to highlight the original parts and atmosphere of the house, like the façade or the light entering from the different layers of windows. Moreover, some of the materials are reused like the tiles extracted from the bathroom and replaced in the same place. The bathroom is a testimony of the hybrid lifestyle through the expression of its original materials and modern equipment. 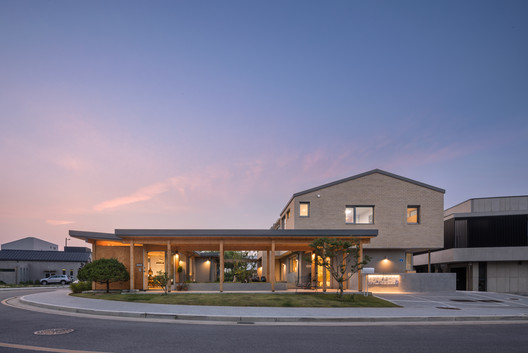 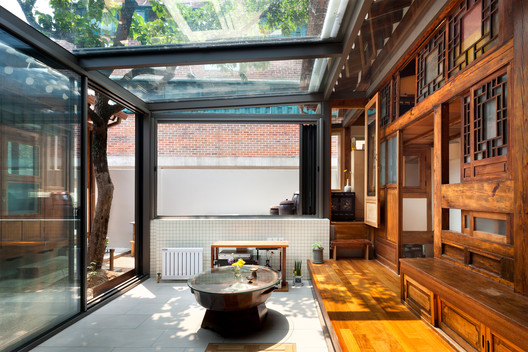