Save
DLH / 7A Architectrue Studio 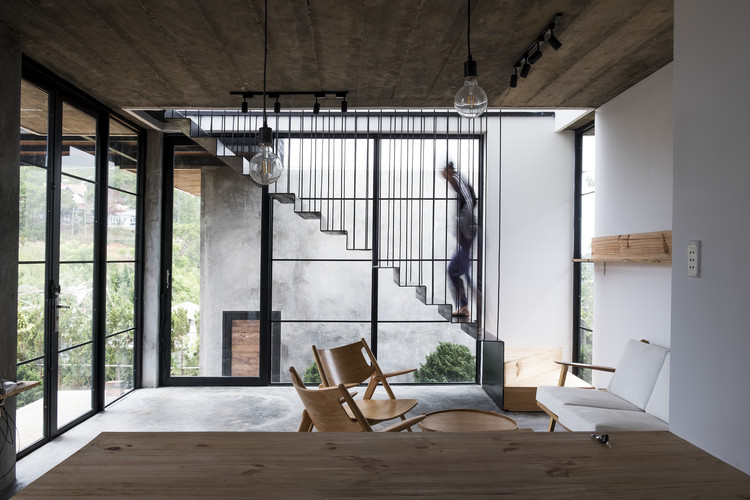 Text description provided by the architects. The house, belonging to a single photographer, was built on a hillside in Da Lat, Vietnam aimed at housing and retail functions. This building was built on an abandoned nursery for many years, surrounded by vegetable cultivation lands interspersed with low-density houses.

The space of the house is a combination of small spaces with enough area, divided and arranged according to the terrain and existing trees. Many functions are nested (housing, working, entertainment, rental,...).

Besides that, many oppositions and conflicts in spatial and operational characters (light – shadow, collective – private) are organized in an overall general. On the other hand, the house was built in simple forms and methods, constructed entirely by local workers. The shape of this work is the removal and synthesis of architectural simulations in the area.

Besides brinks, stones and cement, which are already very common, pine wood, an extremely familiar in the local area, is used as a concrete mold for this built and then is reserved and reused to make a few tiny furniture as well as ancillary works later. This also contributes to reduce the construction cost.