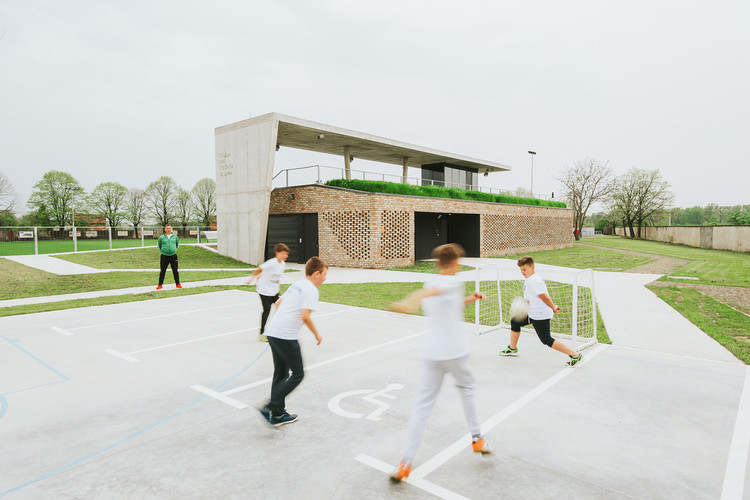 Text description provided by the architects. In 2014 major floods hit eastern Croatia causing, among casualties, catastrophic damage to infrastructure. Croatian Football Federation together with World (FIFA) and European (UEFA) Football Federation gathered funds for the reconstruction of 5 football fields together with a new stadium. Particular attention was devoted to the new stadium as the center of gathering and interaction of local community and new generations of athletes.

Stadium construction was of great importance for the local community.  It has generated a comprehensive design approach that explored context, reviewing the typology of small football stadiums, integrating modern architecture and design into a rural landscape, making this facility larger than its physical size. The most prominent element of visual identity stands out in its main facade. It is made out of bricks and gives a monumental value given that the bricks originate from the ruined houses destroyed by floods. By selecting between 12,000 preserved pieces, the best were used through special re-built technology.

The building fits in perfectly with the rural landscape typical of Slavonija. It is the concept of the building that is characterized by fitting the building into the context of greenery and rural ambiance. Architects have recognized that this facility could be more than a classic renovation of a sports infrastructure in a small rural setting. From the beginning, the building was considered as an important gathering place for the local community, but also as an interesting story that could be embedded as a memory.

The initiator of the architectural concept is the very cause of construction - a catastrophic flood that destroyed the old stadium and which was materialized through the usage of bricks from the demolished houses on the facades of the building. Also, this was the first infrastructure built by Croatian Football Federation. The budget allowed only the most basic functions of the building to be met, leaving minimal space for the visual appearance of the building. This required great architectural creativity and engineering flexibility in order to, besides functional features, give the building also a visual value.

The financial constraints have deprived the building of numerous technological elements and focus was brought on the architecture and added value that it can bring to the local community. The structure of the building was mostly influenced by the rural context and the location of the building situated in a green environment that can be described as a park venue characterized by an alley of high linden planted along the edge of the parcel in parallel with the lines of a football field creating a natural, green scenography.

By designing the stadium to raise out of the field, the designer creates a symbiosis of architecture and the environment as well as a symbolic memory of the event created by embankment breakage. The element which balances the entire composition of the building is designed in a shape of a concrete canopy in 'L' form with somewhat of a memorial character, which is additionally emphasized by the stadium inscription. 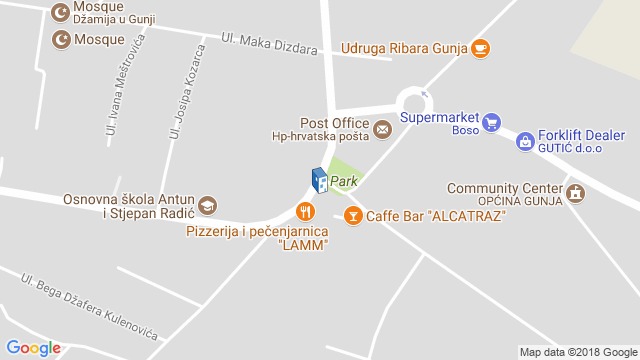 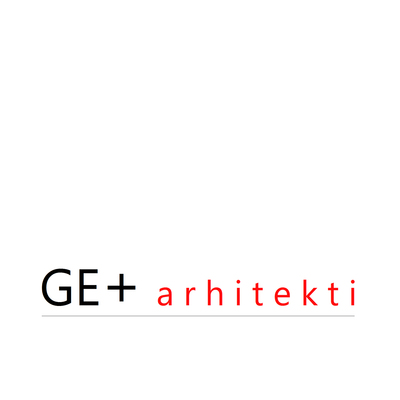