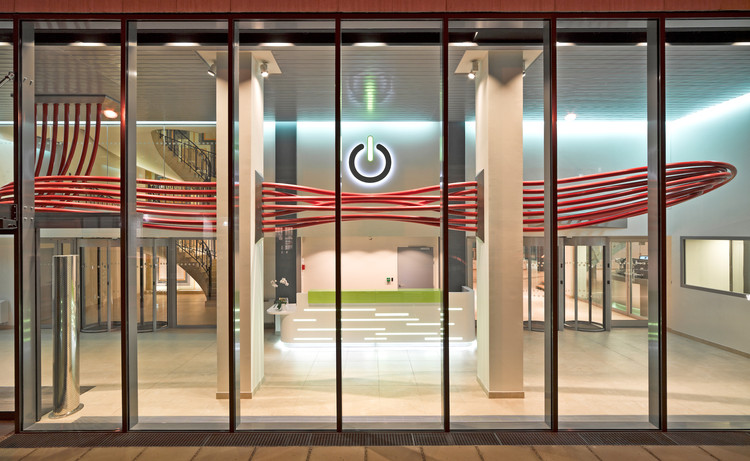 Text description provided by the architects. Reid Brewin Architects assisted one of the world’s leading carrier and cloud neutral data centre providers, Global Switch to design a major extension to their Paris campus. The new data centre, Paris West, was built adjacent to their existing Paris East data centre, with the campus now providing over 50,000m2 of space over six levels, making it one of the largest data centre campus’ in France. The project also included the refurbishment of Paris East in order to free-up underused areas. Furthermore, the entrance hall and atrium were completely reworked to create a series of dynamic spaces and to provide a setting for a sculpture by artist Chris Fox.

The data centre has been designed in a sober, monolithic style in order that the volumes integrate harmoniously with the urban landscape. Since the site is next to the new Parc des Impressionnistes, particular attention was paid to the facade treatment. This high tech building has a pure and elegant architectural form. Its facade consists of thin metal louvres and vertical spines which highlight the building’s structure. The louvres refer to the concept of ventilation, which is one of the primary functions of the building’s skin - to expel waste heat from the computers and to allow cool air to enter from outside to cool the plant. The copper colour echoes the huge quantity of copper cabling used throughout the building. 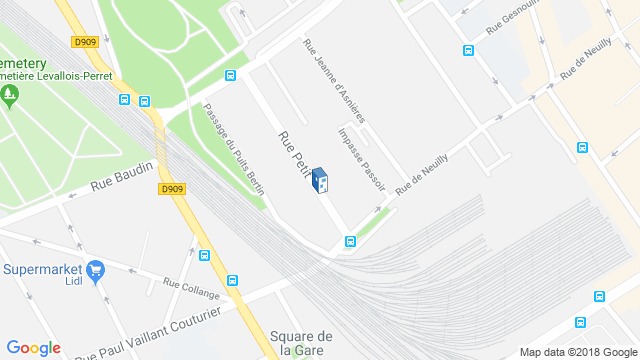 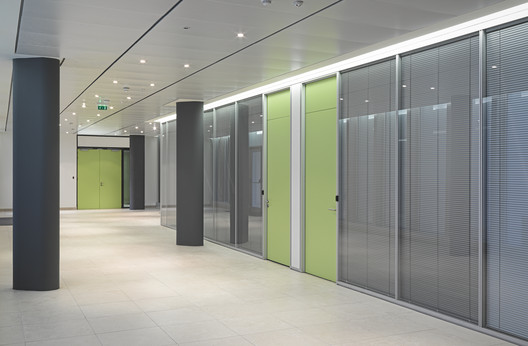