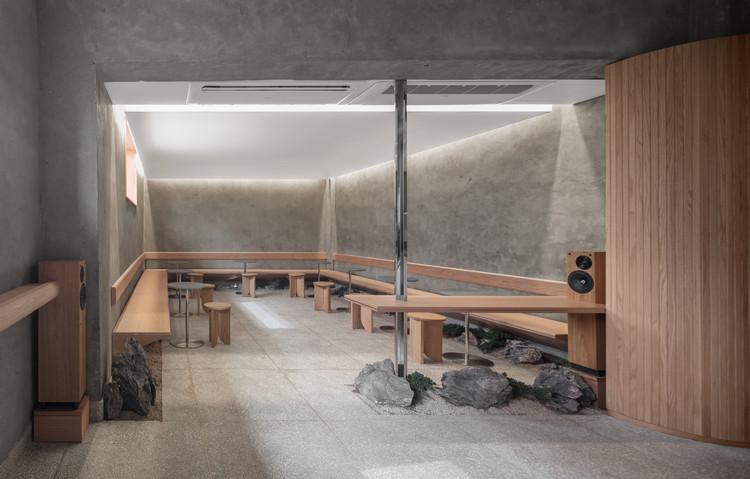 Text description provided by the architects. A space needs not only to deliver beautiful visuals but offer a unique emotional experience filled with nuance to visitors. There are numerous cafes these days, but we hope that Cafe Oriente would become a unique place that resonates with people rather than simply being a place to have coffee.

The start of Cafe Oriente goes back to the comment from the client, “I would like the space where oriental aesthetics are implied.” Cafe Oriente is a cafe that sells artisanal traditional snacks of Korea and the name implies that. The location is at the very end of an alley in Hannam-Dong where there used to be an electronics equipment shop. We wanted to apply a touch of Asian beauty or Korean beauty to the place. In addition, we wanted to bring out emotions through a combination of minimalist design and contemporary Korean aesthetics.

The designer brought in various elements of a traditional Korean house. The stability provided by the ‘ㄷ’ shaped structure with a court in the center, the elaborate curves of the awning, the expandability of the front floor that serves as a bridge between the interior and the exterior, the calmness of the courtyard brought into the house, the warmth of the cream-colored traditional papers and the wood, and the rough and solid texture of granite have been brought together to create this unique space.

First, the ‘ㄷ’ shaped layout of the building that has a courtyard in the middle comes from the traditional Hanok structure.
Visitors are drawn into the space through this ‘ㄷ’ shaped flow line, and the coffee bar where the barista works is also in the shape of 'ㄷ‘. The shape was replicated again in the ’ㄷ‘ shaped seats and the layout with the courtyard in the center. These elements provide a sense of stability while clearly distinguishing between the space of the barista and other spaces, giving a sense of independence to the separated place.

Second, the elaborate curves from the rooftop to the awning has been reflected in other elements, too.
The ceiling of the barista coffee bar and the curves that one is met with from the two walls on the side upon entering the cafe brings the focal point to the barista and his energy. That was our intention. To make the most of the location which was semi-underground, we added curves the corner of the ceiling structure where the gaze of the customers would often rest. Indirect lighting on the exterior of the ceiling structure was used to make the ceiling look deeper and as if it were floating mid-air. Curves were also added to portable furniture and built-in furniture.

Third, the front floor of Korean houses, Hanok was used as another element.
The front floor, called “Twet Maru” in Korean, serves to expand space and link the exterior and the interior in traditional Korean houses. This was located in the seating area for customers so that even though the cafe is semi-underground, the space had a sense of expandability. To change the dark image that could be felt under the Twet Maru, a small garden was styled under the seeats so that the customers who would be facing each other would feel comfortable, too.

Fourth, the various textures of Hanok were used as elements.
Natural wood was used to the coffee bar, the walls of the barista zone and the furniture to add warmth. The cream color of traditional Korean paper added further warmth to the ceiling. A strong contrast was brought out by the smells and traces of time gone by, and the rough and coldness of the walls and the floor from the traditional Hanok. The combination of such different materials created a new image that inspires users. 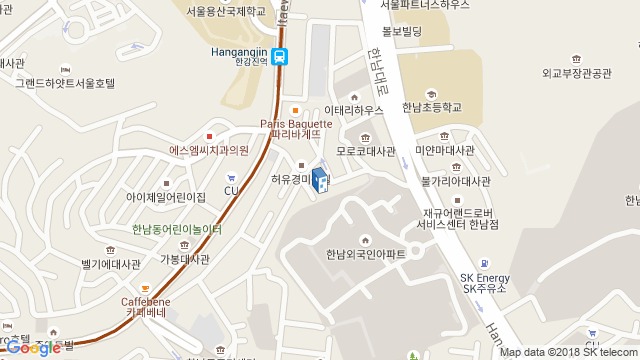