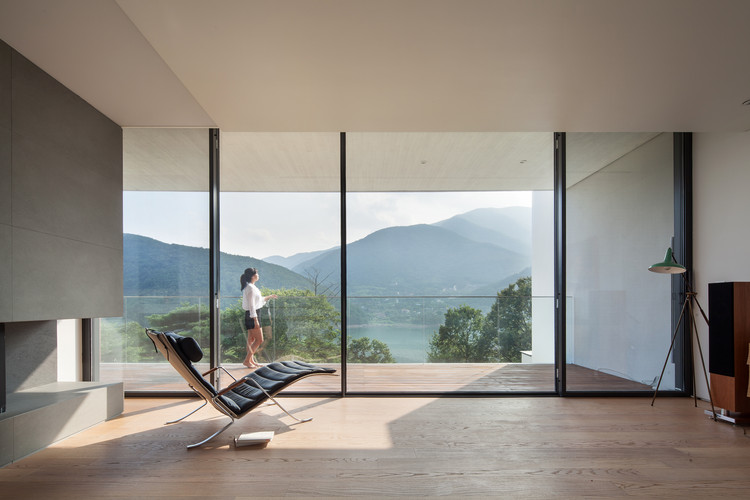 Text description provided by the architects. The landscape of the site faces the Cheonggye House at the southwest and is surrounded by mountains on all sides. The mountains behind the Cheonggye Valley are located about 800 - 900m from the site, stretching out towards the heavens from the base of Mount Jiri, and in contrast, the lake, as if drawing from this power, achieves a carefree, tranquil demeanor. A manmade reservoir, the lake in front of the site (222,084 m²)is an element of the landscape that did not originally exist. Perhaps this is why such dramatic and mysteriously incidental scenes are produced around this place as if it were a place that even the gods could not have predicted.

With only a few neighbors in this place, there are no political or social confrontations. There exists only an earnest dialogue between man and nature. The first method of the dialogue was an interpretation of the 'boundary' where man meets nature - that is to say, the reinterpretation of general elements forming the boundaries of architecture such as land, walls, apertures, and landscapes - to create a structure that communicates and does not disconnect. Second, the structure was planned to allow communication between inside and outside and between man and nature, through the various gaps that man has created in terms of his stance towards nature.

Beautiful natural scenery
The landscape has the Cheonggye reservoir to the front to the southwest and is surrounded by mountains. These mountains, situated at the back of Cheonggye valley at approximately 800-900m from the ground level, powerfully spread toward the foot of Jirisan (Mount. Jiri) and upward to form a shortcut to the sky. In contrast, the tranquil lake sits quietly as if it absorbs this force. The lake (222,084㎡) in front of the land is an artificial lake that did not exist before. Because of this, more dramatic, mysterious and accidental scenery has been formed around this.

Where season change and natural phenomenon are viewed at one glance
The natural scenery surrounding the lake provides clear views on the changes of four seasons. To convey and feel the most natural phenomenon intimately connected to the sensory organs of the human body such as colors, temperature, humidity, dry season and raining season in one structure with entirety, we have observed changes of various seasons and conducted designs by setting up the principles regarding the way humans intervene in the nature. 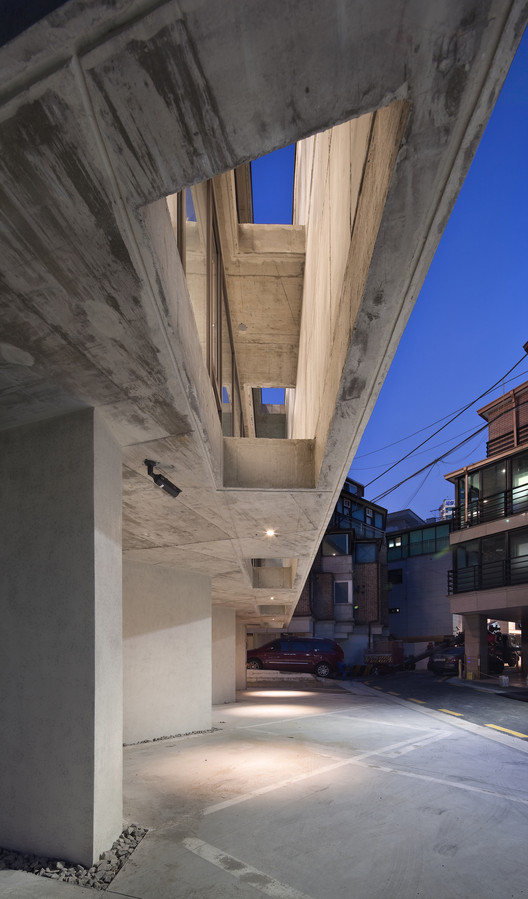