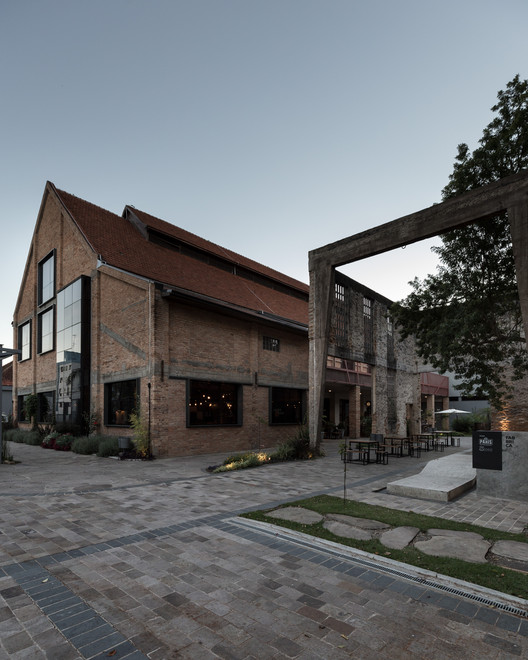 Text description provided by the architects. A landmark of Caxias do Sul´s past, the Luiz Michielon Winery, resurfaced in the panorama of the city after years of forgetfulness. The wine-growing company that boosted the caxiense economy, between 1920 and 1970, had its activities closed in 1977, victim of a crisis that culminated in its bankruptcy. The recovery of one of the buildings, in Manchester style, dated November 1943, today receives the Fabbrica Complex, name that refers to the previous use of the building.

The building was the subject, in 2002, of a preservation request, however, the responsible organ of the city considered the building worthless of significance for preservation matters and the process was closed in 2004. The preservation of part of the set gave back to the community a material property, but directly connected with immaterial relations and dissident memories with space, avoiding the rupture between present and past relations.

The revitalization proposes a new relation of the set with the city, recovering the symbolic existence in the collective memory. The project aimed to keep as much as possible of the original construction, affirming its historical character. Built annexes which had no relevance or clarity in the architectural form, were then removed.

The open space and access to the Complex configures a green semipublic area that enables cultural and social exchanges. With the intention of consolidating the use of this site, an intervention was necessary, altering the level of the ground in relation to the street, in order to avoid floods caused by rain. Due to that, a work of rain drainage and elevation of the subfloor was executed.

The verticality of the chimney is a visual landmark for the city, which maintains the perception of the past and the industrial period. During the abandonment time, in order to avoid the preservation process, part of it was demolished, decreasing its height. With the intention of maintaining the historical continuity of this element, a new metallic structure was added analogous to the portion of its previous height. There were processes of cleaning and filling in the damaged or gap points, where the bricks from the demolition of other buildings that did not belong to the original, were relocated.

The built space consists of three commercial rooms on the ground floor - to give place to a pizzeria, a sushi house and an artisan brewery - added to the foyer that gives access to the second floor, where the original characteristics of free floor associated with the high right foot holds parties and cultural events, thus configuring the cultural and gastronomic complex. The building also includes support areas, stairs and an elevator, in order to supply the new demands of the place.

The materiality of the building is marked by the apparent brick structure and reaffirmed after the removal of the inner and outer coating that compose the glazed openings contained in a frame. The original clay tiles, French type, with slopes of 30 ° and 45 °, were individually washed, replaced and waterproofed. The ceiling that hid the roof structure was removed, leaving the timber apparent, which was cleaned and treated with termite. 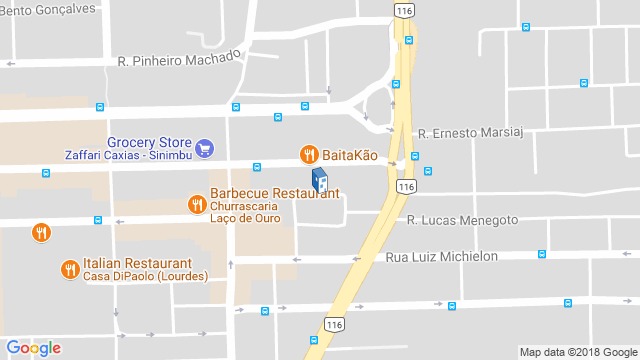 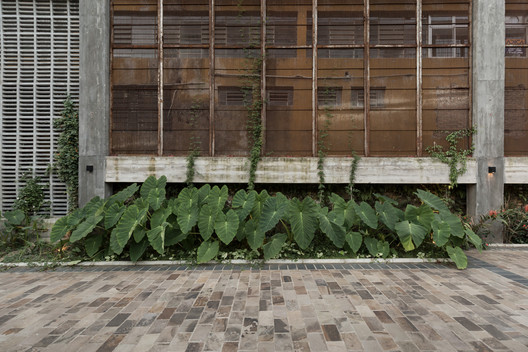