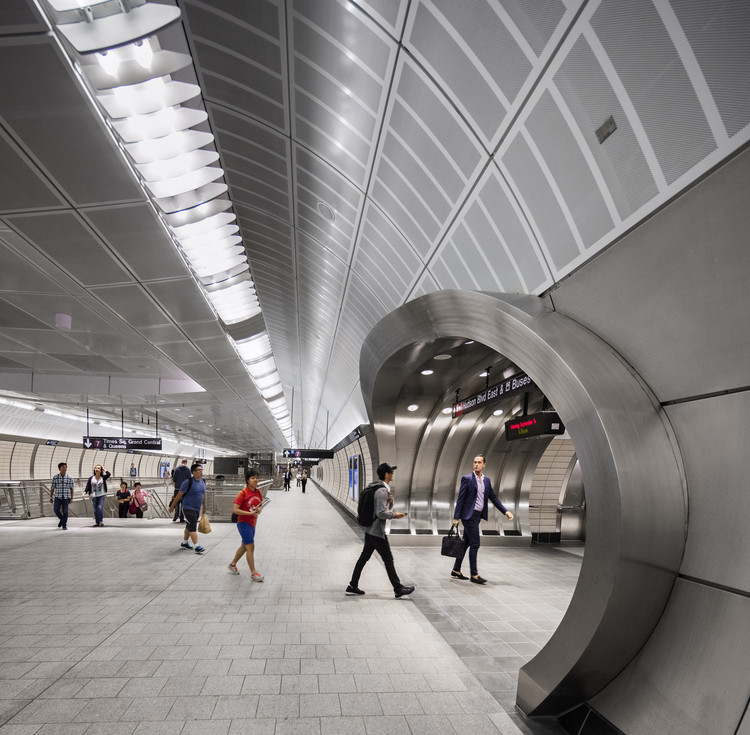 Text description provided by the architects. The Number 7 Line Subway Extension is an integral part of the New York City Department of City Planning’s redevelopment plan for the far west side of Manhattan and the creation of the Hudson Yards Special District, a critical part of the MTA’s Value Capture plan for the development right for the rail yards. The project extends the Number 7 Subway line from its present terminus at Times Square along 41st Street and then south along Eleventh Avenue.

The project was designed with extensive outreach to and coordination with the Department of City Planning, Hudson Yards Development Corporation, NYC EDC, and the Development Community. The design for this deep station addresses 21st century passenger safety, comfort, and convenience, as well as the technical system challenges such as egress, power, and ventilation. Inclined elevators are being used for ADA access, their first application in the New York City area. The extension provides a new station at 34th Street, a new station entrance onto a public plaza, and four supporting systems buildings that provide power, ventilation, and egress for the station and the running tunnel portions of the line extension. This major infrastructure upgrade was the catalyst for the development of new commercial, cultural, and residential construction in a once under-developed neighborhood. This project exemplifies how modern transit facilities can be functional, aesthetically pleasing, and integrated Transit Oriented Development. 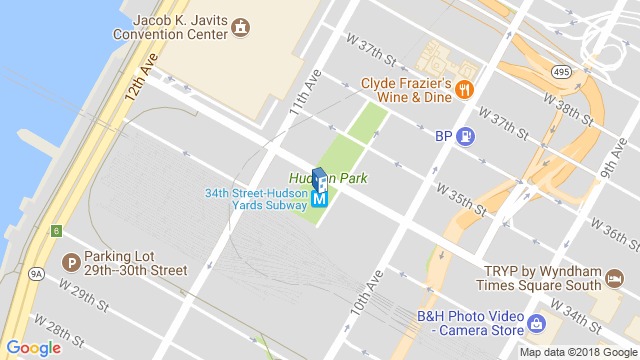 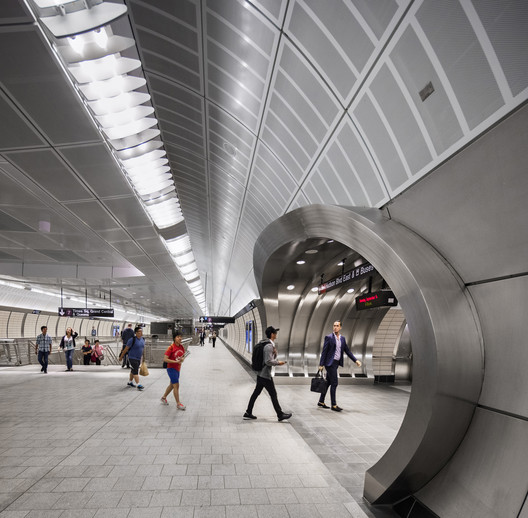