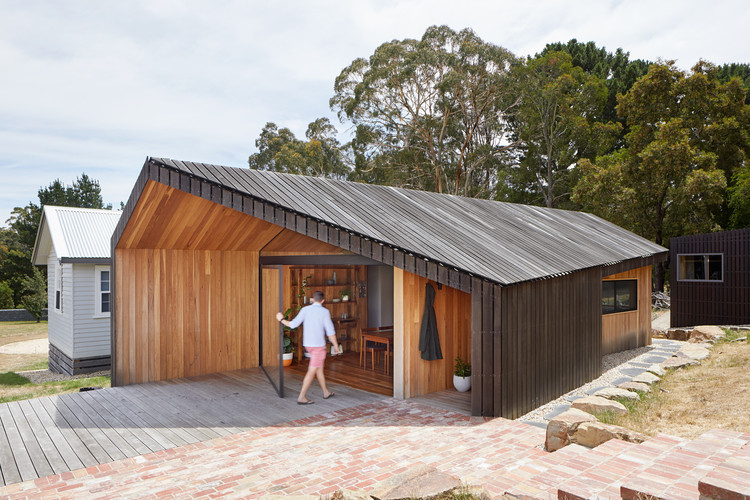 Text description provided by the architects. Limerick House is a modest addition to an existing dwelling on a rural Victorian property. The new addition orientates the home towards the expansive country hillside views, providing a connection to its surrounds not evident in the existing dwelling.

The form of the addition was inspired by the dilapidated timber shearing sheds that inhabit the local area. These lean-to structures inspired the design of Limerick House, both in form and material.

The exterior of the addition is clad entirely in spotted gum decking boards, stained black to enhance the resemblance the materiality of the dilapidated shearing sheds. The aging of the timber as it silvers off will further enhance this resemblance.

Set on a large plot of rural land, the existing house was insular and failed to respond to the expansive views of the surrounding landscape.

The new addition sought to exploit these opportunities by increasing the dwellings connection with its surrounds. Two large steel doors serve in winter to frame the view of the undulating country hillside, whilst in summer they can be opened to allow the internal spaces to become an extension of the outdoor area. 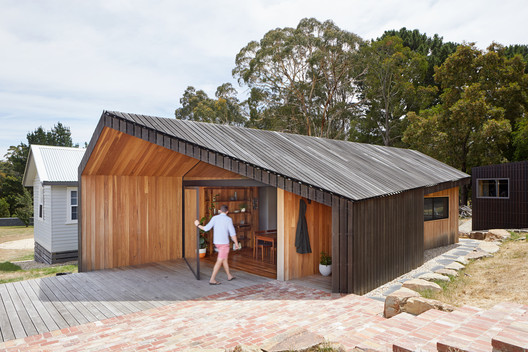