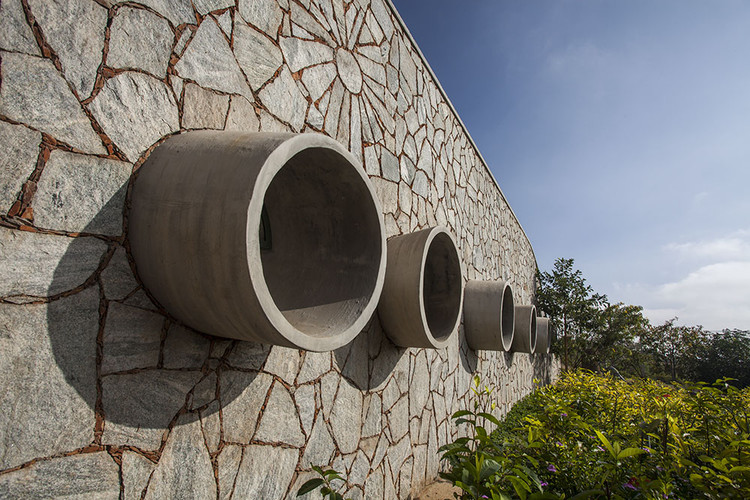 Text description provided by the architects. Agastya International Foundation is a non - profit educational trust. The campus is set in 172 acres of undulating terrain amongst the rolling hills of a rural district, Gudivanka in Andhra Pradesh - India. The mission of the foundation is to spark curiosity, nurture creativity and build confidence. It seeks to transform and stimulate the thinking of economically disadvantaged children by bringing innovative science education to their doorsteps.

The site for the auditorium project was located between two valleys that dropped down from North to South by about 20 meters. The essence of the project was to build along the lay of the land and capture the views of the surrounding hillside.
“Effortlessly the structure slips into the land, wanting to be one with it.”
Cut and fill became the process of integrating our structure to the slopes, hence the idea was eventually to merge the structure with the existing profile of the earth.

“The earth pod with the steel pod over it”
The large span, roof profile, construction timing and overall economy determined the necessity to propose and adopt a structural steel system and roofing.

The fact that the steel that supports the pod also came out of the same earth lent a larger meaning to our architectural statement. We felt a certain connection that gave strength to our belief that however cold that this material is made out to be...  its sensitive handling can create a feeling of warmth to the people inhabiting it.

As for choosing the dung beetle to reflect the exterior contours of the structure, Sharukh says, “The insects of the site are the original residents who are now displaced when we put our footprint here, taking away their domain. Be it the snakes, the beetles or the birds, we never stop to think about their domain being hitherto occupied. The dung beetle resemblance is a reminder of this reality.”

The long-term strategy for construction was planned - to spend wisely and avoid spending on running costs and maintenance. The structure was designed to be future ready to incorporate photovoltaic panels and wind turbines. Local labor was involved into the programme with an idea that the money spent goes back into the tertiary level of society.

Due to the location of the site in a rural setting, construction methodologies were customized to suit the context and available labor. Natural stone boulders were integrated into the structure and in landscape elements. The local material was integrated with steel structure simplifying the construction process. 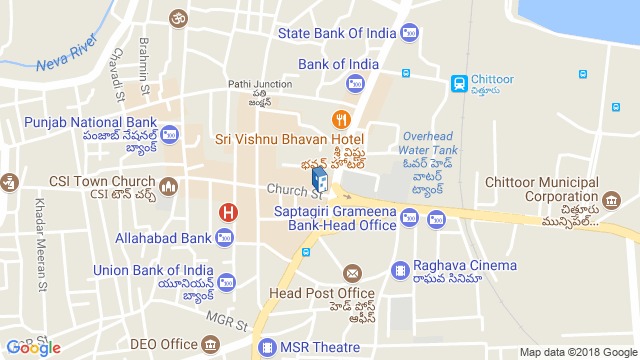