Save
Qaeli Guesthouse / USE Studio 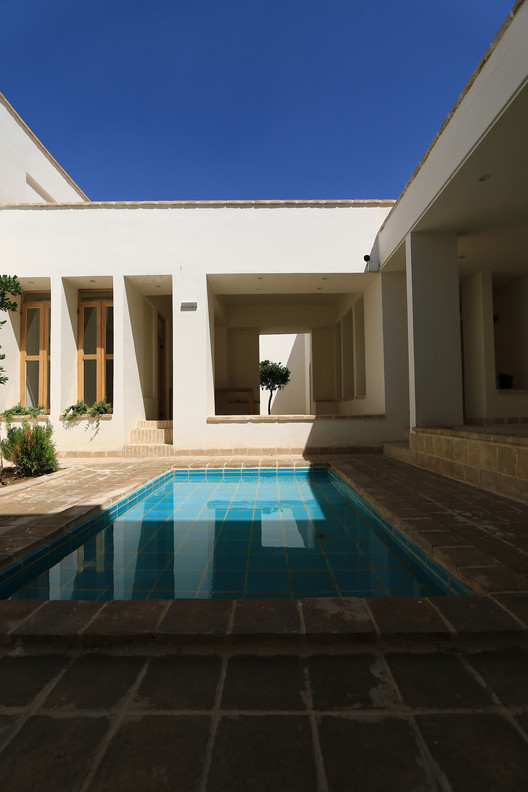 Text description provided by the architects. Following the 60’s economic changes; lifestyle changed, the price of land increased so demolishing and reconstructing became trendy. The lifetime of buildings decreased to 3 to 4 decades.

In recent years the point of view has changed, the attention to the old traditional buildings has increased but it’s a pity that most of them like Abbasian house in Kashan or Sheikh al Islam house in Isfahan have become museums without the interactive presence of people.

However, the wide span of construction in Isfahan has changed its face; there are still numbers of houses belong to Pahlavi era with architectural values worth recycling with spending less than demolishing and reconstructing.

This project was an abandoned ruin purchased to be demolished and to be reconstructed. During the initial meetings and with the calculations we made and with the regulations imposed, we realized it is not a wise economic decision to demolish and reconstruct. So the suggestion was to renovate, restore and rehabilitate the existing space.

Unfortunately through the recent years most of the spaces specified to hospitality reasons are missing the architectural quality parameter, there are just rooms to spend the night or the 5 star luxurious hotels (like Abbasi hotel) which are way too expensive for ordinary travelers. Thus a challenge rose: how to create a space so that the guests can experience the presence in an Isfahanian house based on Iranian architecture principle and philosophy; in order to increase the interaction between the guest and host?

By creating open spaces (yards) and semi-open spaces (iwans) alongside the rooms and service parts in the 160 sqm land we tried to bring the various experiences: human to human and human to space in this guest house.
The total amount of the restoration was about 50,000 USD.