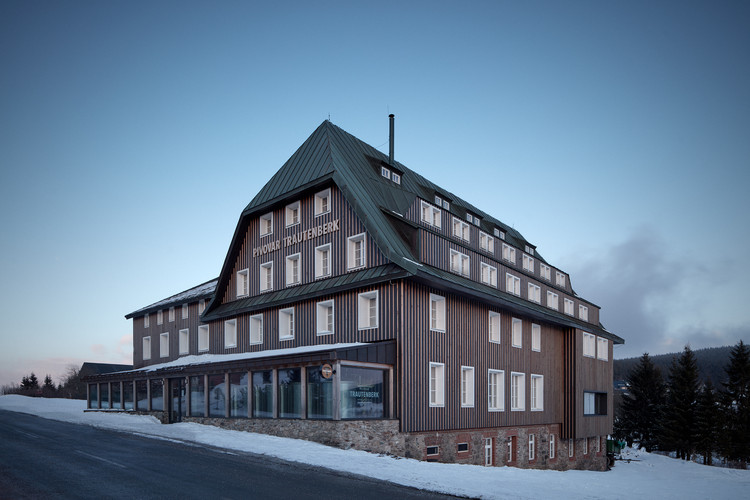 Text description provided by the architects. Trautenberk Microbrewery is situated in the premises of the renovated Tippelt Lodge, later known as Hotel Družba. The building is located in the north-eastern part of the village Horní Malá Úpa, right next to the road leading to the border with Poland. The view from the building is onto Pomezní Hřeben and Malá Úpa river valley, and, next to the road, the ski runs in the nearby ski resort.

The renovation stripped the building of many layers of previous refurbishments and modifications in the second half of the last century. The exterior of the building boasts the traditional wooden panelling and a stone plinth, and, where the later extension was, a folded metal facade.

The basement houses a microbrewery with max. production volume of 10,000 hectolitres of beer per year. The ground floor is a restaurant with restored original lamps from the pre-war years. The upper levels equipped to a functional mountain lodge standard have the combined capacity of 130 beds. 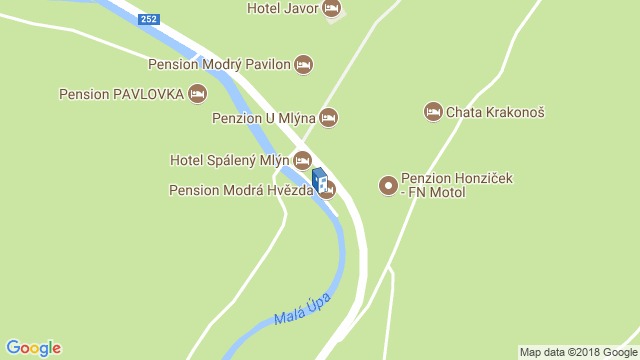