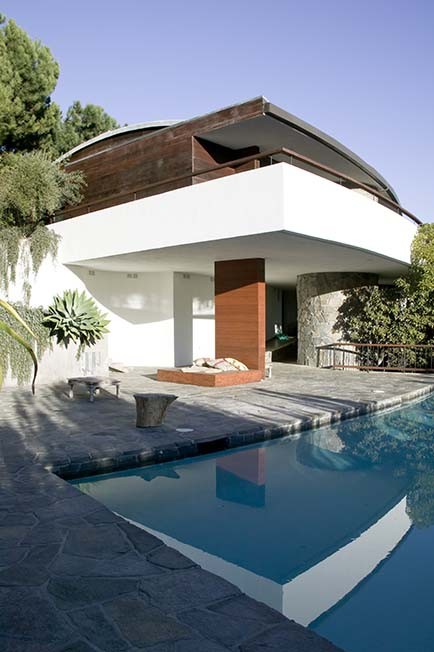 Text description provided by the architects. One of the more inspirational and influential architects of the twentieth century, John Lautner was revered in the world of architecture and design throughout his sixty-year-long career. Architects like Frank Lloyd Wright and Frank Gehry give a substantial amount of credit to Lautner, who influenced their designs and minds as architects.

As is obvious in his architecture and especially in the Schwimmer House, Lautner valued attention to space, materiality and relationship with the natural environment.

Lautner was very aware of the emotional affects created by dramatic changes of materials themselves or of their orientation and organization. The multiple houses of Lautner fused stone, steel, glass and wood to create flowing spaces that all seem to expand into each other or out into the skies and surrounding natural environment.

"An aesthetic, philosophical and social visionary, Lautner made buildings that continue to amaze architects and patrons alike with their formal variety and freedom, their structural originality and their sculptural force."

Natural light floods into the interior spaces of the residence through light wells and large windows which look out over the green surroundings and cityscape. The use of warm woods and stones also bring nature indoors, fusing the spaces and blurring the lines between indoors and out.

An overwhelming majority of his structures were built in the Los Angeles Area, where the social interest of art, fashion, design and architecture seem to prevail.  Surprisingly enough, even in a city so in tune with creativity and the arts, the buildings of Lautner had until recently only been celebrated widely in the design world alone; not more than a slight portion of the larger population was as informed or knowledgeable about the architect and his works.

The Hammer Museum of UCLA hoped to change this, as they held an exhibition in 2008 featuring photographs of his work, physical models and a biographical video. 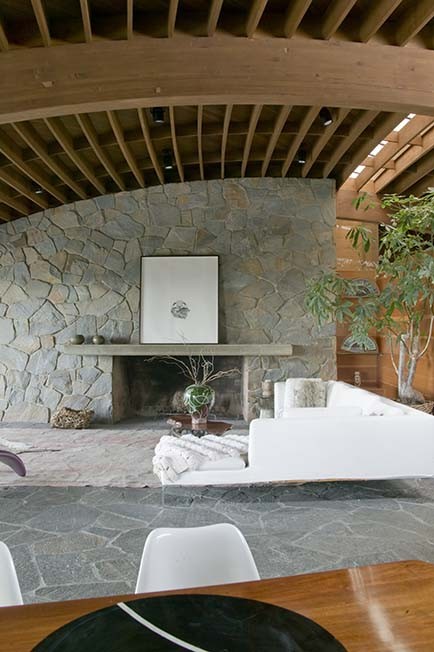