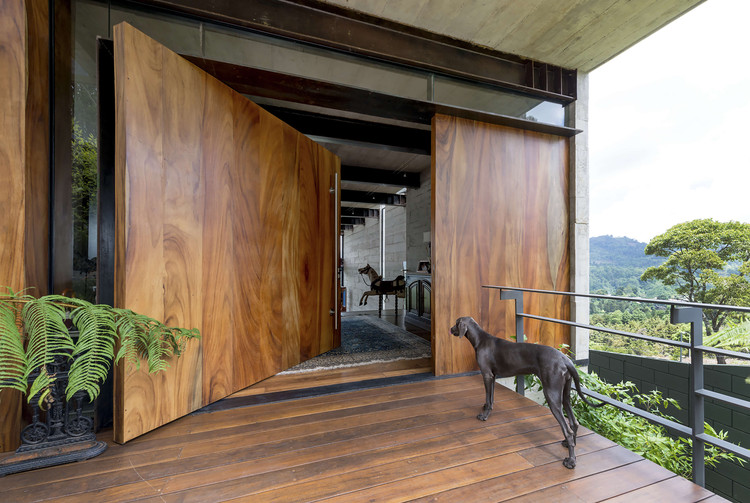 Text description provided by the architects. Ayalaan house is owned by a recently married couple whose children from previous marriages live in other countries and visit Guatemala sporadically. Ayvalaan is the name of the street where the couple lived during their first years together in Holand.

The house is built in the outskirts of Guatemala City within a  development built for the people who enjoy horses culture. The design takes advantage of the surrounding valleys to establish the connection with the equestrian world.

Situated on a steep terrain, the design is divided in several sections accordin to its purpose. On the lower part of the land you have the owners offices and a small family area to take advantage of the direct contact with the land. The intermediate level is occupied by open areas to integrate the living room, dining room and an open kitchen in order to link the culinary activities to the social events.

Above we find the private sector with the main bedroom and a private livining room, and at the highest level there are two bedrooms for guests, so they are intentionally appart from the general core of the house.The sectors described are defined by spaces formed by panels that float by themselves. The use of several material (stucco, concrete and wood) that don’t touch generate a sense of lightness. 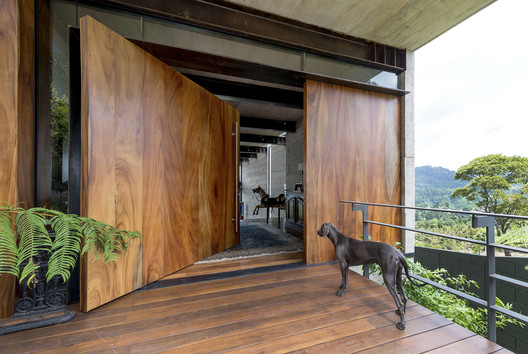