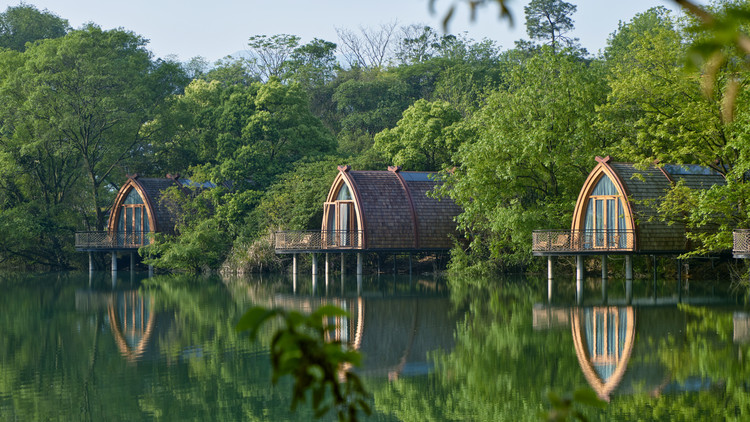 Text description provided by the architects. This project is a design of a group of boat rooms for the Fuchun New Century Wonderland Resort in Hangzhou. The resort lies on the bank of Fuchun River in Jiande city. Its location is about 5 km to the east of the ancient town of Meicheng. The boat rooms “float” on the west bank of a lake where the resort covers an area of 30 mu.

The concept and shape of the “boat room” take its root in a local social custom. For several hundred years between the earlier Ming dynasty and the middle Qing, a water tribe, namely “nine fishing families”, had resided at the riverside and created a unique culture of boat-living life. The five boat rooms recline among the trees and two thirds of their body floats above the lake, displaying a graceful and quick-witted appearance.

Currently, the boat room has been used as a hotel room to provide a unique living experience. It occupies an area of 50 square meters and its hallway at the entrance and washing room are designed at its tail on the bank. In the middle of the room, a skylight is installed on the roof. It may be taken by guests inside the room as a window to enjoy the sky, sunlight, shadow of the trees. Occasionally, through it, they may also see a bird flying over the roof.

The nose of the room has a whole wall of French windows. Through those windows, the guests can experience a wide expanse of mist waters. They can stand on its oversized balcony stretching above the lake and lean on a handrail to gaze from a far the low trees under the sky and the clear water and the moon as the night falls.

The boat room is designed with a timber structure, for the purpose of satisfying the onsite conditions and inheriting the traditional awning boat of the same origin. The elements of the structure are prefabricated by a factory and assembled on the site. The main body of the boat room is supported by the steel-pipe piles fixing on the bottom of the lake. The construction site is free from the wet work and does not produce dusts. The construction method is clean, simple and efficient and thus is the best way to protect the ecological environment.

The whole structure of the boat presents an arch shape and is joined by four groups of three-hinged timber arched girders through five round logs. Each group of three-hinged arches is hoisted and connected by two symmetric semi arches at the left and right side respectively. Each semi arch is assembled through two 11-centimeter glued arched girders making of the yellow fir from Northern America.

The small junction on the top of the arch truly reflects the butt joint feature of the arch structure. By using the three hinged arch, the timber is free from producing the over-stress due to the excessive bending. The whole roofing system stays within the width of the arched girders. Inside the system, the hanging panels making from the red cedar secure the texture and tough of the original timber by using the water-borne varnish. Its surface is installed with the red cedar shingle tiles of three sizes through a way of slightly upward and backward staggering, presenting a natural texture.

The natural directionality of the space in the arches introduces the order and rhythm of the structure. The complete structural system comprising the arch girders and round logs could be clearly seen both from inside and outside. The obvious structural logic and the design method simplifying the decoration reveal the structural aesthetics and spatial force of the boat room.

The southern region of Changjiang is said to have the most beautiful scenery in China. The spring from the Wulong Mountain converges to create the Yanzhu Lake. Its surface, like a mirror, reflects the arches of the boat room and presents a tranquil appearance. Lying in it, the guests may spend the night with the starry sky or the sound of raindrops. For the guests, it is a poetic dwelling in the mundane world that they fall asleep in such a boat surrounding with the blue water. 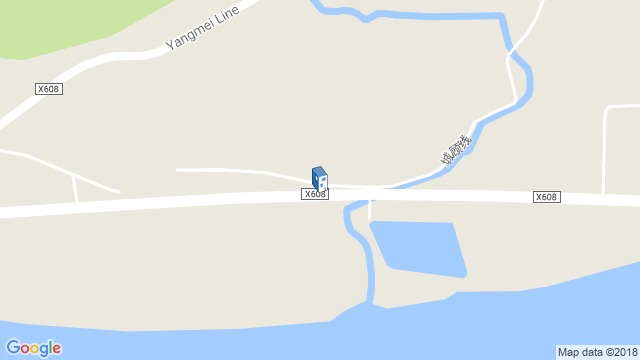 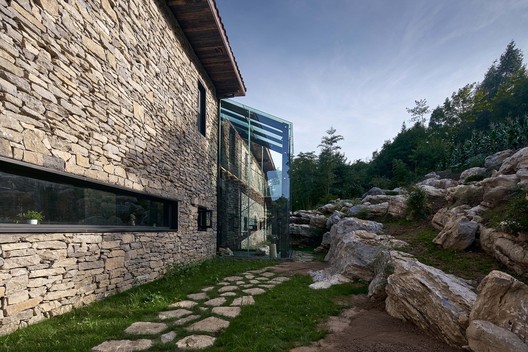 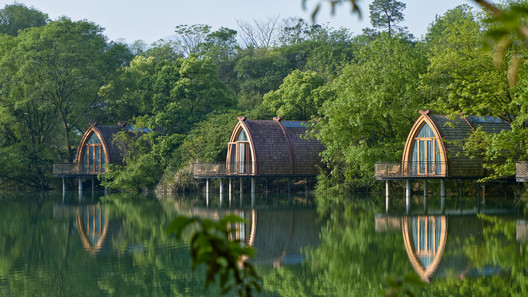