Hiroshi Sambuichi's approach to a site entails long-term study and reflection upon the qualities and forces of nature embedded within. His understanding is “deeper and with a finer grain,” explains American architect and member of The Daylight Award jury James Carpenter as one of several reasons why Sambuichi was recently announced as the latest laureate of the nearly 50-year-old Daylight Award in 2018. In Sambuichi's hands, “light becomes timeless, fluid and rich.”

“An example is The Naoshima Hall,” says Carpenter. “It sits remarkably compressed within the landscape. As in all his work, Sambuichi's mastery in framing volumes of light is here expressed as a horizontal work of spatial release, converting an intimate moment into an intense collective engagement with the natural world.”

“Sambuichi's work, in such projects as the Miyajima Misen Observatory and Hiroshima Orizuru Tower, constantly explores the thin film of space which we occupy on earth—a sliver of tactility, the richness of an intimate ecology. This awareness of the narrow band of topography, our sedimentary layer of life, with the weight of time below coupled with the weightlessness of time above us, is the world revealed by his work.”

“All architects speak of the site being important for the work, “ Carpenter says. “For Sambuichi, there is a much deeper and finer grain to his understanding of the site. It is an understanding that resonates with the forces of the wind, rain, sun and earthen elements, speaking to a more metaphysical sublime.”

Next to Hiroshi Sambuichi, the American researcher and computer scientist Greg Ward will receive The Daylight Award 2018 for his pioneering work with the software, Radiance.

Since 1980, The Daylight Award has recognized prominent practitioners in the fields of daylight in architecture and daylight research for the benefit of human health, well-being, and the environment. In addition to the honor, the laureates each receive €100,000 for their groundbreaking work and dedication to daylight. The Daylight Award is presented by the philanthropic foundations, VILLUM FONDEN, VELUX FONDEN and VELUX STIFTUNG. Find out more about the award on their website. 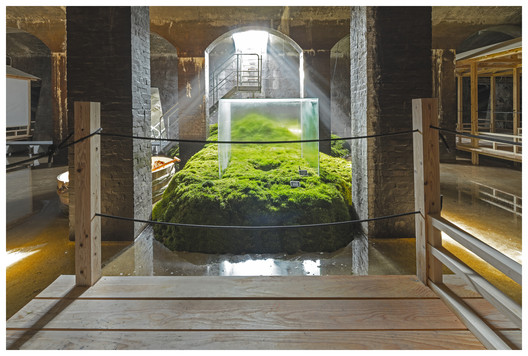