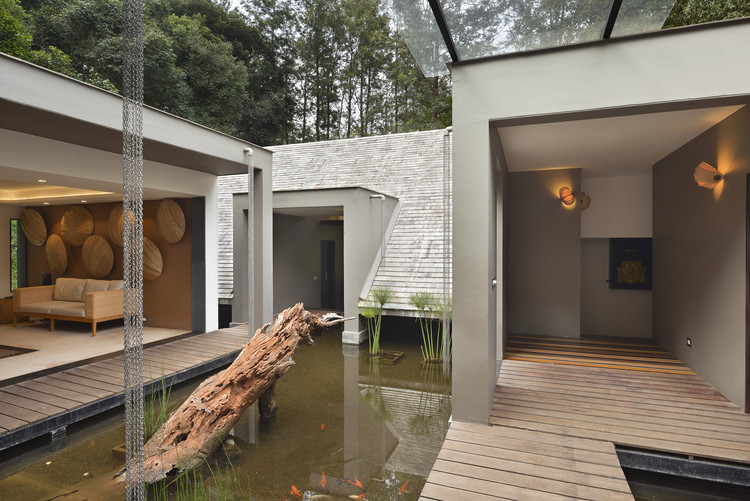 Text description provided by the architects. Surrounded by dense foliage around, the Spa complex at IBNII Resort was chosen to be located in one of the few clearings in the forest where, coffee estate workers’ quarters, once stood. The complex is designed as fragmented blocks, floating within a central water body, connected through elevated walkways. The intention was to connect distinct architectural spaces, uniquely, to natural elements – central court to the sky above, Massage rooms to the pond and corridors to the forest.

The most unique feature of the design, is the steep 45-degree single lean-to roofs, the eaves of which almost touch the water below. They are designed on either side of the central courtyard converging into the water and opening the central space to the expanse of clear skies, which is a rare experience within the 110 acres, densely forested, site that this resort is located in.

These roofs practically act as the walls to the massage rooms, directing one’s view down to the water body and effectively sheltering the privacy of the user by cutting the view from the courtyard and the corridors outside. Natural light is brought into these rooms by opening up the upper portion of the roofs. The edge of the pond underneath the roof is designed as a seat such that one can sit with their feet immersed in the water pond.

The bare cuboidal objects, housing the sauna, toilets, changing rooms and herbal bath, are carefully placed in relation to each other between the converging roofs to capture glimpses of the forest while navigating through the corridors. The blocks are designed and positioned in close proximity such that their openings face blank walls allowing the individual rooms to open up and internalize the natural elements while maintaining their privacy levels.

The corridors are finished with a combination of local stones – Jaisalmer, Chocolate Andhra, Kadappa of varying widths with in-situ white marble chip filling.  The two sloping roofs are covered with overlapped Himachal Slate Stones. Central Pavilion floor is made with Structural Glass to view the Water lilies and the fish which populate the pond. 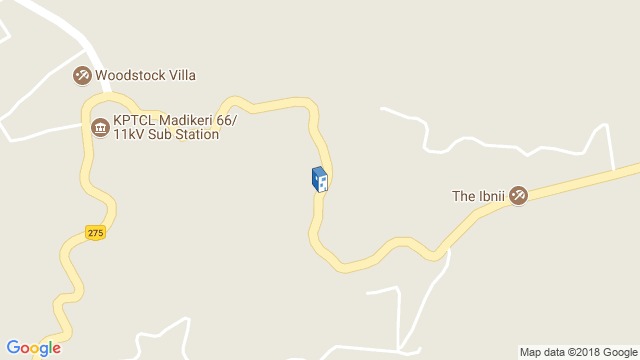