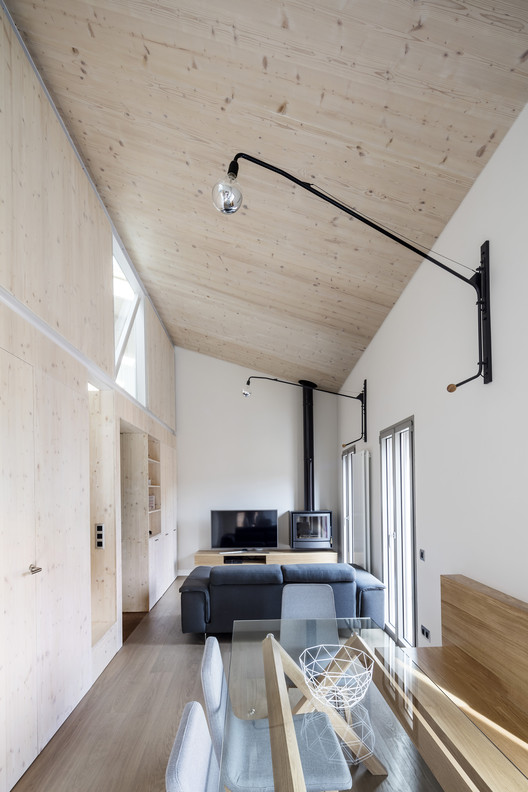 Text description provided by the architects. The ceiling of concrete joists was in a poor state of repair and the roof and brick openwork supports were neither waterproof nor ensured the desired climatic performance, prompting the following intervention: The entire roof was replaced with a single element, a Pratt truss, that forms the structure and restores the entire section, gaining 19 m2 of loft space.

Coming to this intervention, we found the existing communal stairway, the bathroom and the kitchen against the party wall on the north side. A bedroom and dressing room/study are inserted into the loft, where they enjoy light and ventilation through the roof. The south façade houses the dining room and lounge, ensuring views and natural light throughout the day.

To further improve the sensation of spaciousness in the house, the project works with visuals, creating a new window and glazing the Pratt truss. To avoid weighing the space down, the materials used are as neutral as possible, such as timber and glass. The ultimate aim is to create an uncluttered space and allow the occupants, Aleix and Mariona, to give the place its personality. 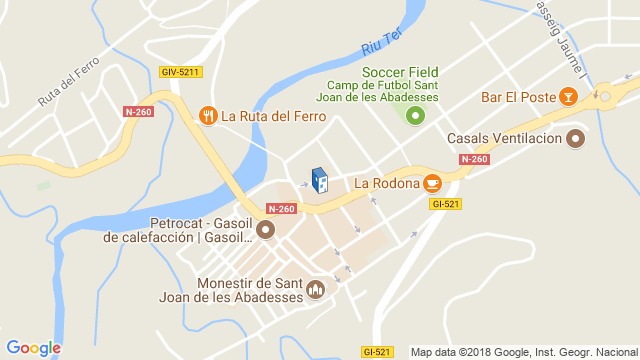