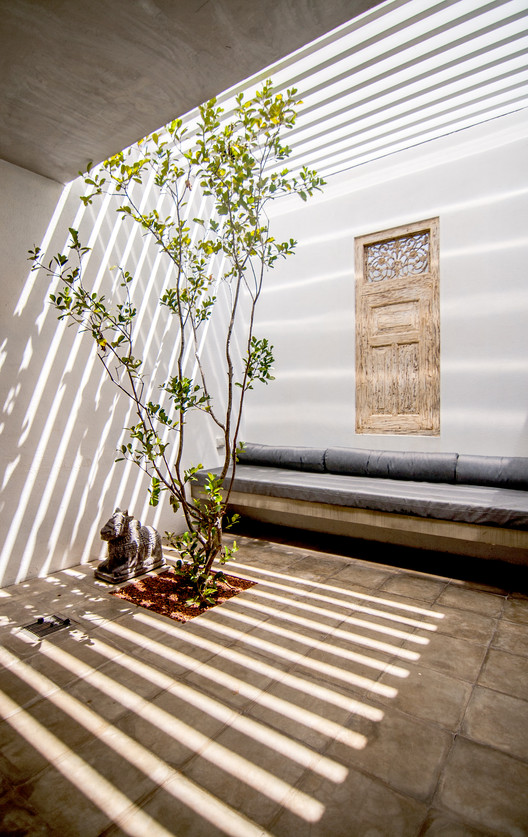 Text description provided by the architects. This elegant and refined studio apartment conceals quite a ramshackle past. Located in the rundown nook of a chaotic looking housing scheme near Beira Lake in Sri Lanka’s commercial capital Colombo, the original flat was found in utter disrepair with oozing sewers, water clogs, broken down doors and blackened walls. The ‘salvation’ of this flat signifies Hope to the deteriorating settlement.

The previous dwelling was itself blocking natural light and ventilation from its interiors. The pantry and toilet was right smack in the middle of the 10’ x 40’ space and an unauthorized bedroom was built in the rear space. The living room opened to the main pathway of the housing scheme, compromising privacy and security. The suite appeared compressed and congested, and was itself its own culprit against basic habitability.

The revamped flat is a cozy and comfortable studio apartment with one space for sleeping, cooking and dining. The play of levels separates the space, and the less voluminous sleeping area offers coziness and sense of security. The rear space was cleared and converted into a serendipitous courtyard adorned by a ‘Dan’ tree (Syzygium caryophyllatum). During evening get-togethers, the courtyard becomes the effective living room of the apartment.

Having realized the spaces with clarity and meaning, constraints imposed by existing duct shafts and sewage lines of the original flat are not evident. In reality, the simple and elegant spaces were achieved with sophisticated planning of functions and building services. The elaborate vintage heavy iron manhole cover in the shower area floor appears to be a decorative element, but actually has a man hole underneath!

Deteriorating tenements in the City of Colombo such as this are marked to be bull – dozed to make way for gentrification. What’s forgotten is that slums do have a beauty of its own, with forces such as lack of space driving the dwellers towards intense personalization of their habitat. An old door here, a new window there, a balcony projecting overhead, winding stairs, and plant pots and shrubs, lends a diverse aesthetic.

This renovation project thrives on the aesthetic of ‘slum dwellings’ with multifaceted elevations and interesting sections, and add to the morphology of the neighborhood with its teal blue door, artistic grill gate and swirling number plate. By achieving the seemingly impossible, the renovation has inspired the neighbors to develop their own little corners in the scheme, causing a ripple effect towards ‘self-gentrification’. 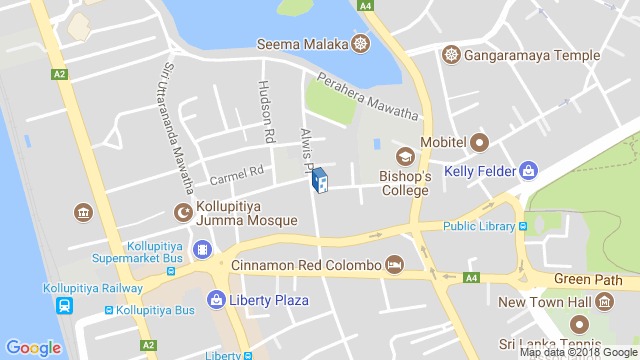