Text description provided by the architects. The purpose of the project client is to add a relaxed area to the work environment. What makes us feel interesting behind this statement is that people often intentionally or unintentionally presuppose the two sides antagonism and juxtaposition of the two characteristics of "tense work" and "relaxed mood". The idea of this scheme is not to forcibly let it come from the two element structure of the simple perception difference. On the contrary, we try to distinguish and interlock the two elements between "work" and "rest", and to shape the tension between the two and rethink the office space in the process. The trait of reason.  The two places are characterized by a dramatic contrast between knife and cut: the sense of scene cutting in workspace and rest space.

First, we define the identity of the two elements through the difference of materials: the original color of wood constitutes the main tone of the rest space, and the white paint and veneer are a symbol of the symbol of the working space. Therefore, the tension and interpenetration of the two spatial characteristics are most intuitively manifested in the connection and collocation between material and tonal. At the boundaries of the two spaces, we do not intend to create an artificial fusion, but to make the two place traits sharp and dramatic in some places, creating a sense of surreal scene cutting.

The client initially worried that this sense of cutting might cause adverse consequences of a sense of mixed feelings, but the spatial form after completion showed that the fear was redundant: breaking and contrasting the spatial pattern based on the separation and contrast of material and tone, encouraged the user's interaction and communication, and improved the sense of comfort, thus bringing the customer to think. The effect of relaxation and decompression is achieved.

In addition to the direct collision at the boundary, these two elements permeate in a more mild way in other places, unlike the other two white - based, more pure office spaces. We allow the rest elements of the log material to infiltrate into the maximum office space, thus forming a combination of two characteristics. The "heterozygosity" space changes the monotonous and stereotyped impression of traditional office space.

The interesting exploration in our form is no lack of fact based evidence: at the beginning of the design, we interviewed about 15 original office space users, and most of the users mentioned that the traditional office environment was too repressive, serious and tense, and the state of working all day was tight. Employees are eager to belong to their "true" office space, which should be more open, shared and communicated as the office space that takes over 1/3 of our day. In addition to fixed office space, employees can selectively conduct offices in different spaces of the company. They can freely communicate, play creatively and inspire thinking.

The traditional office space is usually short of public space, the multi space is scarce, the moving line is monotonous, and the office area also takes most of the half and half outside "ambiguous" space form. In contrast, we aim to create a multidimensional and interesting office where people's moving lines are interlaced to create a collision of behavior and inspiration, and the way of work in this space will gradually produce a change from fixed point to walk, from concentration to cooperation, from unit to pluralism. Work and life should be closely interdependent and complementary. 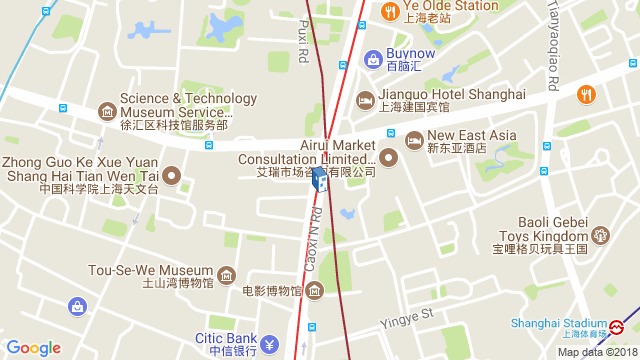 Location to be used only as a reference. It could indicate city/country but not exact address.
Share
Or
Copy
About this office
Muxin Studio
Office
••• 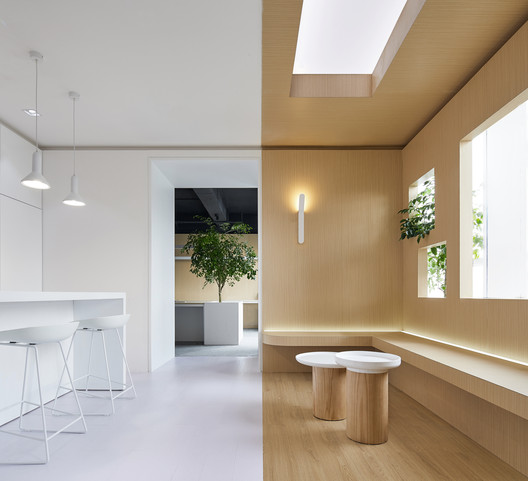