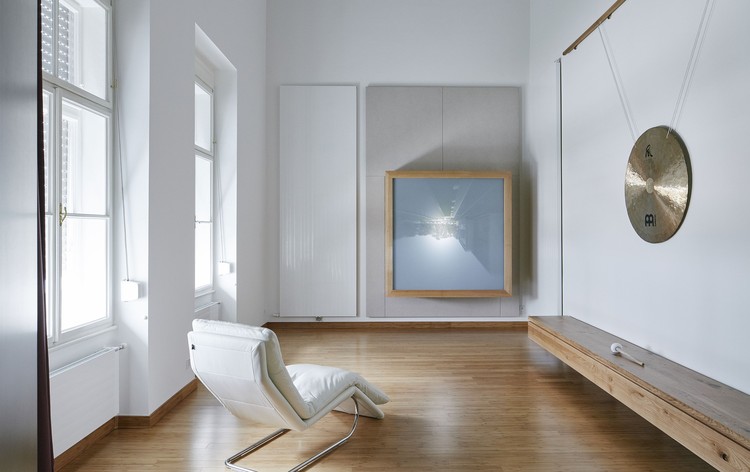 A permanent spatial installation for the “Room of Silence” at the palliative unit
The only architectural firm to do so, balloon have been experimenting since 2012 with camera obscura modules in contemporary architectural culture.

Camera obscura
In terms of how it works, the camera obscura as the prototype of the photographic camera is much like the human eye, that depicts images upside down on the retina. Distinctive features in the surroundings are photographed and projected in real time through a hole in the wall, upside down and along with all changes due to incidence of light, time of day and year, onto a screen in the darkened room inside the camera obscura. Hence, this also works without the need for any electrotechnical installations such as a film camera. With the aid of lenses and angled mirrors, the projection of the outside world can be brought into focus and redirected onto the floor, the walls or ceiling of the interior.

Turning the world upside down

Themed around the idea of “You need to turn the world upside down to view familiar things from a different perspective”, in 2012/13 balloon installed a camera obscura in an old caravan as part of the Outinverse research project (subsidized by AWS - Impulse), developing and deploying it as a mobile field research instrument for location analysis with the aim of visualizing hidden potentials of places. The reaction of the participants revealed a calming, almost meditative effect of the upside-down moving, but silent images on the viewers’ psyche. Based on this observation, the idea came about to use this camera obscura effect in designing day-rooms in medical, therapeutic facilities.

Room of silence
The first walk-in camera obscura for such purposes was built as a permanent installation in a day room of the palliative unit in the course of converting and building an extension to Fürstenfeld regional hospital (LKH) in 2017. It is a context-sensitive perceptual installation that opens up a wider spectrum of viewing the surrounding site for patients and visitors, but also sets their worlds of thought in motion. Specifically, the four-meter-wide and nine-meter-high darkened “Room of Silence” allows users to take in a projection of the new gardens on the wall and the moving cloudy sky on the ceiling. The visual installations amplify the effect of the room designed in collaboration with ARGE Morawetz-Zinganel and supplement the other facilities available in the “Room of Silence”: a relaxing lounger and massage chair, a long bench, sleeping pads and a gong. By opening and closing the blinds and the curtain and by modifying the lighting, it is possible to create different light moods and scenarios for use in the room. 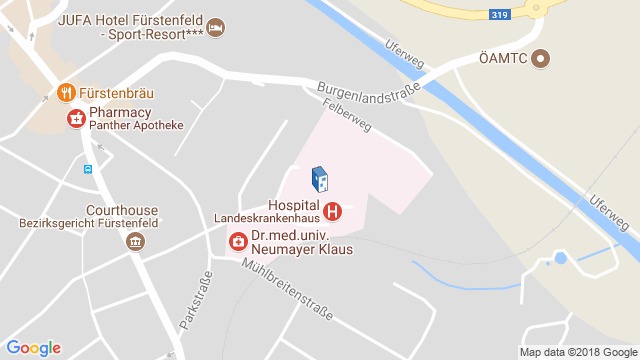