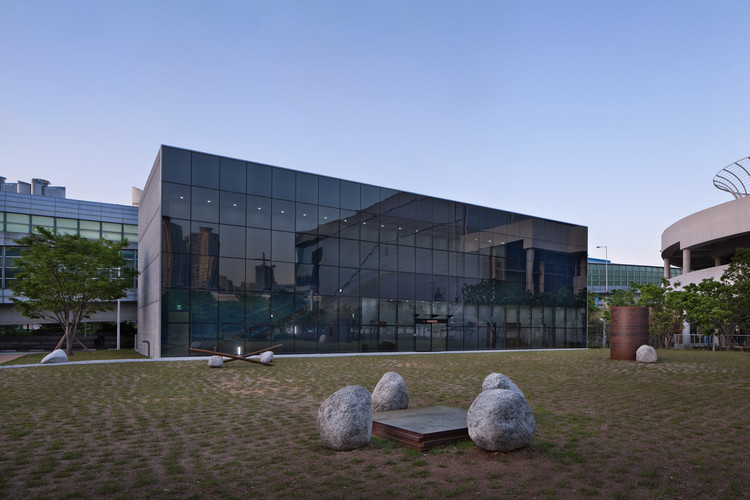 Text description provided by the architects. If contemporary architecture has focused most particularly on methods of expression for aesthetic aspects, contemporary art had tended to resemble architecture even more, through a process of creating space. Art has escaped the confines of flat surfaces, to become a direct tool for expressing space or relationships formed between spaces. Space Lee Ufan required a design that could integrate art and space as a single work of art, rather than an architectural space that could be used as a site to exhibit art, or which would be specifically intended for a particular work of art.

The project started by locating the site for the building. While Busan metropolitan City suggested the Busan Citizens Park site, Lee Ufan instead expressed interest towards a relatively small space on the side of the sculpture part at Busan Museum of Art. The building sits upon a 600㎡ site, which was once home to the now-demolished public restroom that used to lie next to the overpass that emerges into the newly developed urban area of Haeundae. The building, which obstructs the length of the overpass at a length of 37m and height of 12.3m establishes a new wall for blocking out noise pollution from the traffic, and is intended as a place to establish a sculpture park surrounded by the Busan Museum of Art and the second exhibition hall of the Busan Exhibition and Convention Center (BEXCO).

The design prioritized spatial integrations, between the architecture and the surrounding environment, the art and architecture, and the artworks and space, establishing both organic but purposefully tense relationships. This is related to the term Correspondence as used by the artist, provoking different sentiments at the different location of dots on the canvas. It is also related to the expression of ‘Relatum’ Which is derived from the shape and location of installed rocks. The sculpture is in a simple concrete box form opened out onto the park, forming a tense connection between the Busan Museum of Art and the BEXCO, simultaneously becoming a backdrop for the sculpture installed on the forecourt. The darker shades on the curtain wall facade become an image and device to express an internal space potent with allusions. The exposed concrete wall on the rear becomes a wall of silence that embraces the concrete structure of the overpass and the ongoing flow of traffic.

The interior becomes and artistic device forming a relationship with art. Thus space was completed in with a simple organicism, rather than by differentiating the spaces so as not to interrupt the flow of imagery while observing the works. One can only view the installations by entering through the narrow corridor, or passing by deeply set walls, allowing spaces in which observations can be made within a repeated pattern of tension and relaxation. The first floor houses four large halls and two passageways, as well as an ancillary room for a sculptural installation. The second floor is composed of a large hall with five paintings and two passageways. Other sculpture and mural rooms on the second floor slightly deviate from the norm with a pebbled floor.

The circulation was designed in accordance with a structure that would allow for repeated viewing of the works instead of a linear viewing. This was devised so that the nature of the works could take on different appearances from different viewing points, and could be seen more plentifully according to the paths. The empty canvas installed on the final room on the second-floor stands in silent conversation with the stone, representing what can be seen as the relationship between architecture and art in Space Lee Ufan. 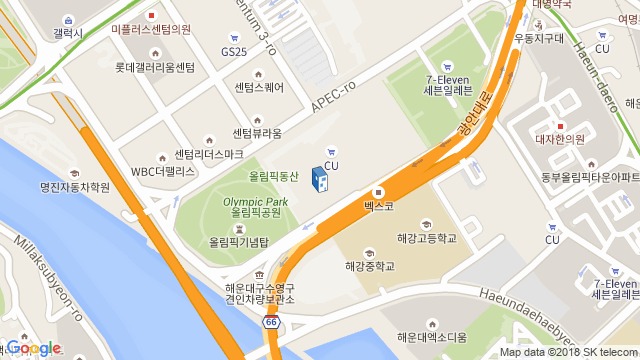