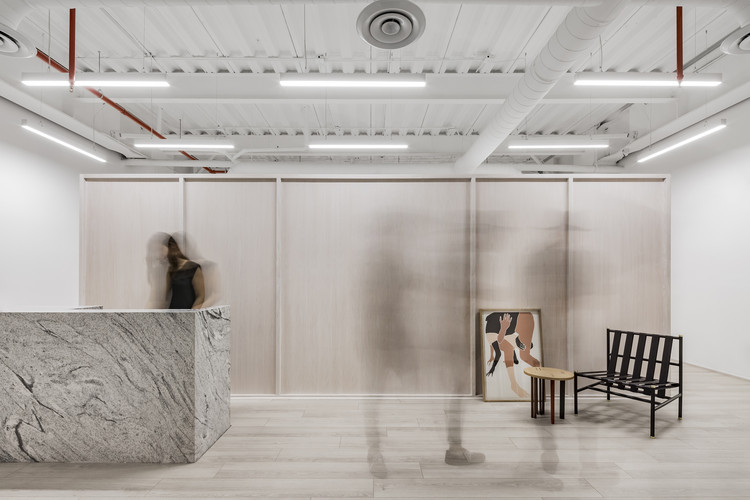 Text description provided by the architects. The project is located on a corporate building in the financial district of Guadalajara, Mexico. The building in which the Sao Paulo offices are located, is subdivided for its lease; making the ephemeral and the temporary the core concepts of the project. In this specific case, the possibility of growth was not the only requirement; but a possible reuse, relocation or reconfiguration of space had to be considered, according to future needs.

Departing from the premise that "architecture should not be disposable", the project was developed through a modular constructive system, based on joints, that could be assembled on site and in which the furniture responded to a whole. Both the palette of materials and the modulation of the project were chosen putting the minimum waste possible into consideration. Solid and translucent panels were assembled, responding to the measurements of its commercial format.

This project's layout is generated by the insertion of two pavilions within an open plan, giving privacy to the common workspace between them. Finally, the area in the back of the floorspace is segmented in order to locate the meeting room and the main office, as they required the most privacy. 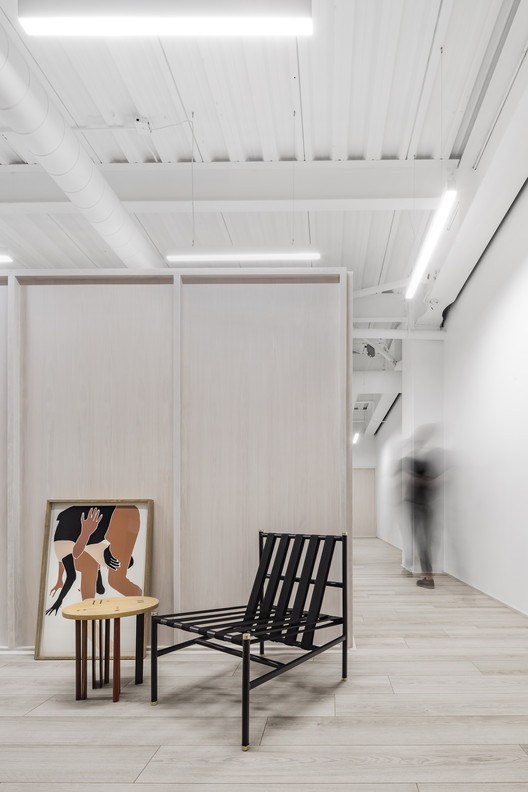