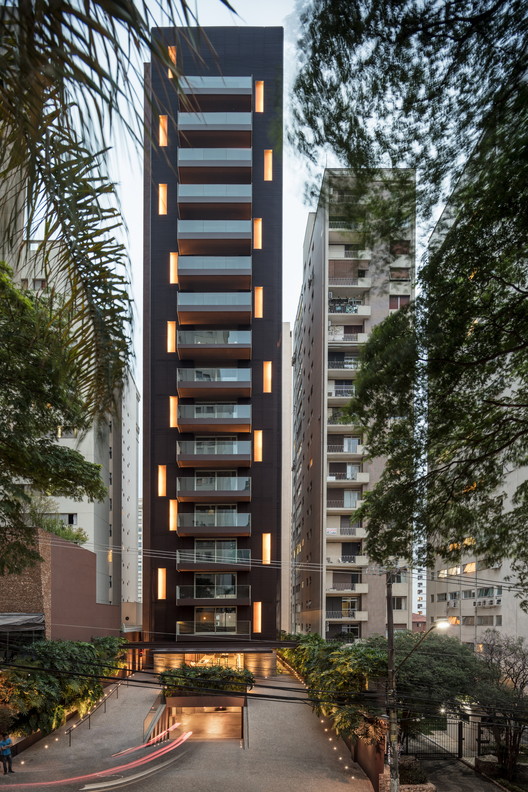 Text description provided by the architects. Located in Jardins, a high-class neighborhood of São Paulo, the intervention in Jaú Building can be classified as a “retrofit”, or a requalification of its pre-existing structure. The original design dates back to 1965. Its was abandoned with just structure and envelopment finished.

Bauman, a construction company, bought the building and in 2012 proposed to Studio Arthur Casas a renovation of its façade and the interior completion, now adapted for a commercial use.

The building has the ground floor, 16 typical floors and a rooftop terrace. The original layout remained almost the same, with only a few changes. The most drastic intervention was the addition of a new underground pavement (3, in total). Moreover, the toilets were brought near to the vertical circulation areas.

Although those modifications are products of a change in the use of the space, it allows greater flexibility in the floor occupancy by other groups and offices.

The main concern was to get away from the conventional corporate building language, known by its mirrored glass and impersonal environment. Welcoming and receptive areas were designed, appropriating itself from the residential elements in the original layout.

Balconies were incorporated into the new building proposal, an atypical act that evokes the idea of a house environment. The ground floor has a water mirror that starts at the access and extends itself to the meeting room, at its end, where armchairs and coffee table set the space and remind a comfortable living room.

Glass panels ensure the abundant entrance of natural light and huge sliding wooden doors give privacy to the room.

The façade concept was to give dynamicity to the building and eliminate the abandoned raw concrete aesthetic, present for more than 50 years. Horizontal brises in brown color and illuminated niches create a visual set of light and shadow and give movement to the composition.

The terrace on the 17th floor uses transparent materials to soft the roof structure, with a glazed balcony rail. 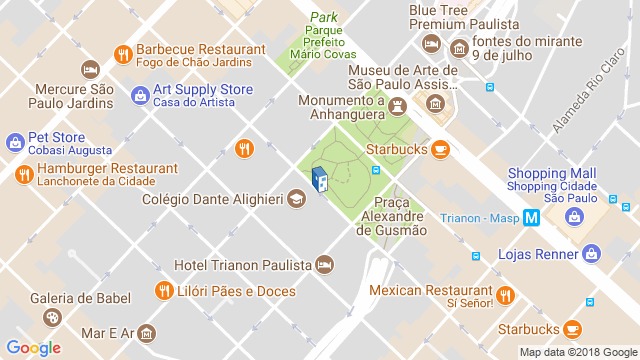