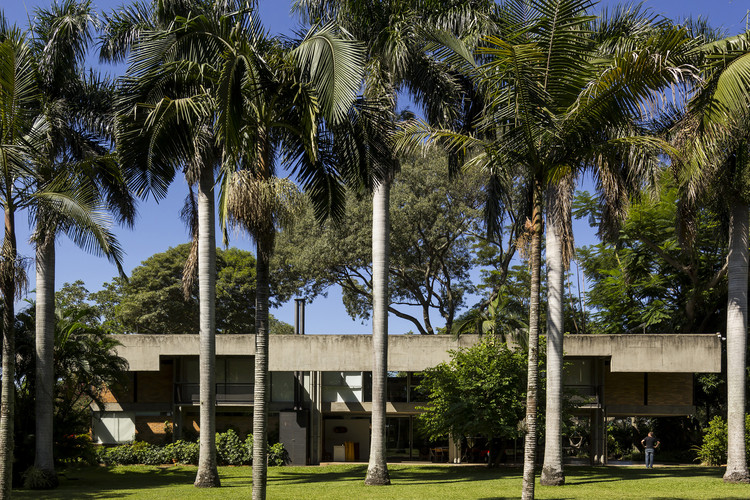 Text description provided by the architects. Mariano Roque Alonso city, located next to Asuncion, is part of “Gran Asuncion”, an urban continuity formed by several low-density cities. These cities have been growing along important highways resulting in blocks following their geometry.

The “Vivienda Entre Árboles” is built on a one-hectare terrain with rich vegetation, where an old ranch was located. The project is implanted within an area of dense vegetation, with trees that have developed long trunks in search of light.

The aim is that the existing trees be part of the house´s integral spaces, utilizing a concrete structure that allows full and empty, generated in interior and exterior spaces. 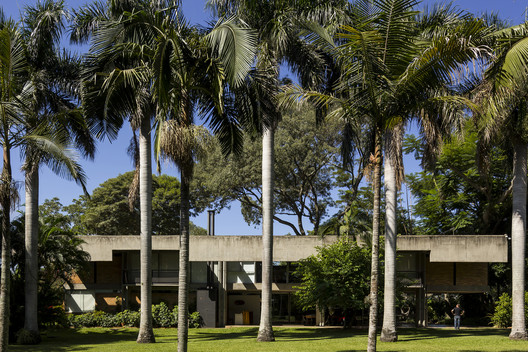