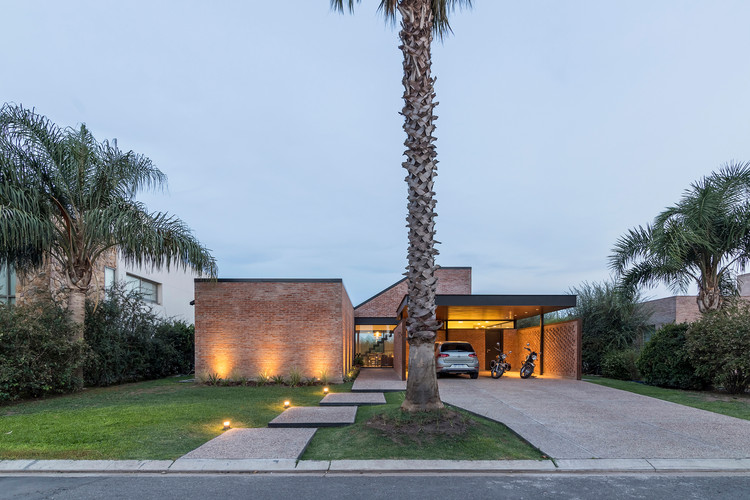 Text description provided by the architects. The house is built around a void between volumes generated to force access to the house through a pedestrian path. By doing this, we create an open sky tour that prolongs the time and distance to get to the semi-covered gallery.

The whole project is articulated around the void itself and its emptiness; the distribution of the interior spaces is a consequence of this decision.

We used brick for the walls and metallic profiles and corrugated sheet metal for the roof. We seek striking contrast between the rugged imperfection of the brick and the precise angles of the W-shaped metallic structure.

The plan is mostly developed on the ground floor, with the exception of a studio in the upper level, with its balcony overlooking the living-room, creating a double height space.