The design for the 12-story building features a pitched roof and large amounts of glazing so the timber interior can be easily seen from the outside. The building also utilizes a structural pattern that resembles a tartan grid with a large area of circulation running through the middle and supporting open walkways and stairs pushing towards the exterior. The periphery also features a variety of labs and classrooms that have the flexibility to change size and shape over time due to the building’s large-span beamless structure.

The Arbour is designed to be an example of innovative, sustainable construction and an icon for the future development of Toronto. Situated right on the city’s waterfront, the building will attract both tourists and locals alike.

The project is expected to begin construction in 2021. 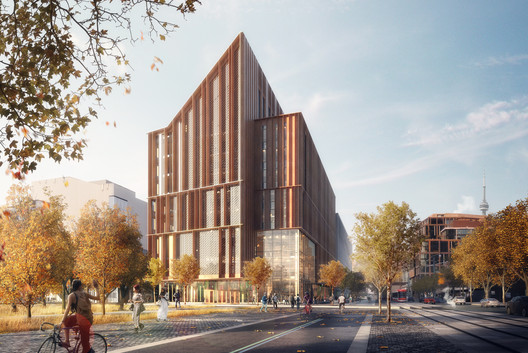