Save
Restaurant and Aviary at the Antwerp Zoo / Studio Farris Architects 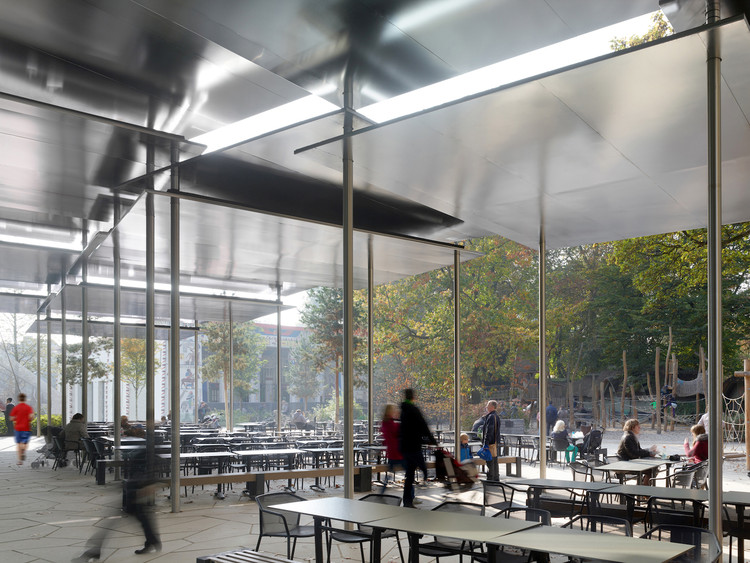 Text description provided by the architects. Established in July 1843, the Antwerp Zoo is the oldest animal park in Belgium, listed as a national monument since 1983, and one of the oldest in the world, its initial objective being to encourage zoological and botanical sciences. Since its founding it has been managed by KMDA - Koninklijke Maatschappij voor Dierenbescherming Antwerpen (Royal Zoological Society of Antwerp).

Studio Farris Architects was appointed by KMDA as design architect to provide a new identity to the place, through a solution that defines the new restaurant, aviary, apes- and buffalo- shelter at the Antwerp Zoo in March 2013, in cooperation with ELD partnership, Fondu Landscape Architects and Officium. The project was completed in June 2017.

The main driving concept for designing this unconventional intervention was enhancing the visitor experience, and putting it at the center of a unique spatial narrative that leads from the city into wilderness.  The zoo occupies a large portion of the historical city center, its surface area nearing 10 hectares. The main entrance to the zoo is on this side, paths leading to a series of ambients and facilities that accommodate a wide series of animal species.

The site for Studio Farris’ project is on the opposite side of the zoo, towards its eastern end, bordering a mostly residential neighborhood. In this sense, their intervention defines the eastern boundary of the zoo, in continuity with its historical perimeter wall. Its street facade is now punctured by a system of openings that reveal some of the inner functions to pedestrians, be they parts of the restaurant tables or the kitchen itself.

A series of periscopes even allow views into the savannah. On the zoo side, the facade opens up to the main plaza: a major gathering space, sheltered by a series of square canopies, lovely overlapping one another, supported by slender columns that stem from the restaurant’s building and face the historical pavilions, where visitors may linger and enjoy unobstructed views to the apes’ enclosure on one side and to the savannah, with its buffalos and birds, to the other.

The new restaurant, that accommodates 350 seats indoor and 400 outdoor, is hence located between the home of the great apes to the North and the buffalo’s habitat and aviary to the South. By means of extending the existing animal shelters on both sides, the project aims at establishing an intertwining relationship between visitors for and animals: the walk-through aviary provides an unexpected experience that brings visitors closer to the birds, apes and buffalos in their natural habitat.

The building that hosts the restaurant is apparently understated in its elevation, that defines a very ample window opening towards the inner space of the zoo. In plan, however, it reveals a more distinct character and a rather complex geometry is revealed that expresses the multiple relations and interconnections with the tensile lightweight structures built around it.

To the North, the restaurant visually extends, through its large glazing, into a tensile lightweight structure that protects the outdoor park where the gorillas and chimpanzees can move around. The building touches the ground with massive columns creating a sort of cave that the primates use as a shelter.

To the South, the savannah landscape sits 5 meters lower than the restaurant floor, allowing visitors to admire the buffalos and birds through large glass panes. Plants were selected that are indigenous to various places and will provide shelter and food to the birds. A special passageway runs under the restaurant building, connecting the primate shelter to the North with the buffalos’ and birds’ environment to the South and allowing glimpses of the surrounding habitat through a series of windows. 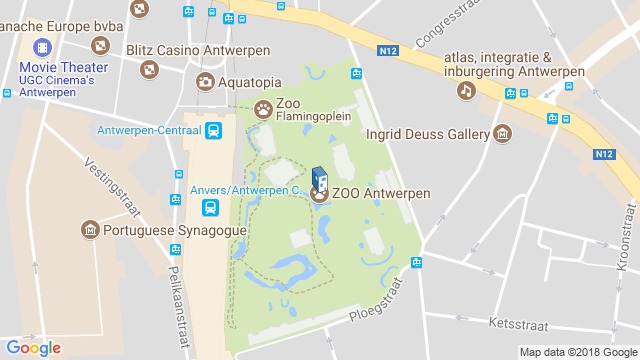 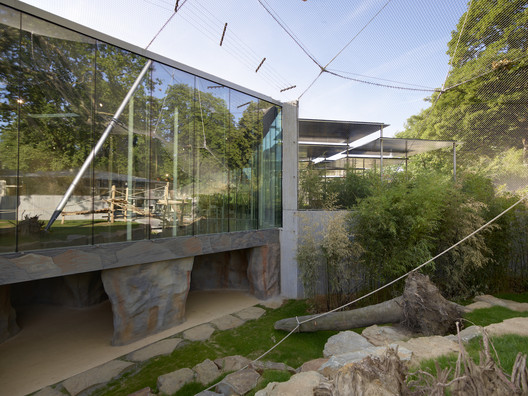 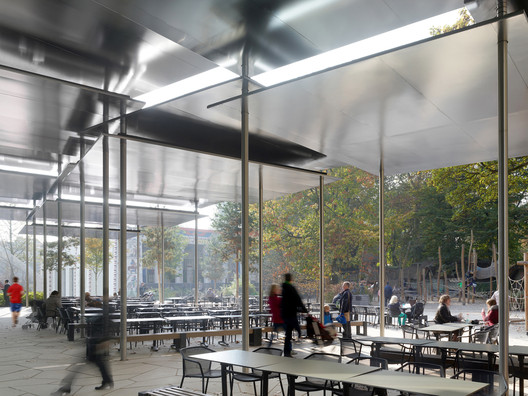