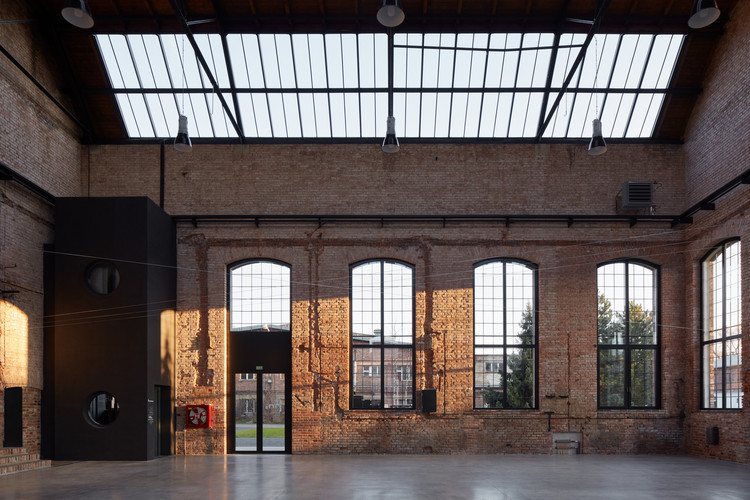 Text description provided by the architects. The Brownfield (Drátovny a Šroubárny n.p. industrial estate) was established in 1872 by the Prague Association of Ironworks near the Prague – Dresden railway line by the Vltava river. It significantly influenced the development of the nearby municipalities and has left a considerable mark on this locality, giving it a unique character and ambiance. In the past, more than 1600 people lived and worked here; nowadays it is less than a hundred, even though there is almost everything here: housing, railway, technical infrastructure, river, grown trees and, first and foremost, genius loci.

The boiler house stands next to the already renovated Coal-Grinding Mill to which it was connected for operational reasons. It represents another important project of the gradual regeneration of the entire estate. The buildings in question are among the oldest parts of the estate and help to create its genius loci. That is why we made the decision to treat the project with respect and consideration, to preserve the buildings and avoid any significant changes, even though it is no longer possible to give them back their original functions. Our objective was to find a new use for them and, at the same time, preserve the quality of the existing architecture and urbanism and honor the fact that we are in the middle of an industrial estate with a nearly 150-year tradition.

The project concerns two, interconnected buildings. The construction of the older northern part of the boiler house with wooden trusses dates back to around 1880. In 1921, following an increase in production, a newer boiler house with basement and metal roof framework was added to it. In the same year, a water tank was built onto the chimney which works to this day. After 1991 the buildings were used as a warehouse and a garage for electric platform trucks. In 2002 they stopped being used altogether and fell into disrepair.

We did not make any substantial changes to the spatial arrangement and urbanism of the place. There was landscaping carried out, part of which were the newly built paved roads followed by planting trees and lawns. Between the Coal-Grinding Mill and the Boiler House, a pedestrian street was built leading from the main estate road towards the river. Our objective was to preserve the building, rid it of all unsuitable alterations carried out in the past and give it back its original industrial character so that its historic function remains visible even after the renovation. We also wanted to streamline the layout and adapt the building to serve its new function. The basic shape of the house, its tectonics and volume remained largely unchanged. The brick cladding was restored using original bricks.

The architectural design, the layout, and the technical solution were created with regard to the required flexibility of use, a long-term sustainability of the building, and also with a view to the fact that the estate was hit by a flood in 2002. At the very beginning, we defined the future use of the building as a multifunctional showroom for cultural, corporate and social events with an ambition to become the heart of the future arts & culture district existing in a symbiotic relationship with traditional crafts and technological innovations.

The multifunctional hall is situated in the southern part of the Boiler House. The northern part of the Boiler House has been rebuilt to become a regular restaurant; however, it is currently used mostly for catering during events. The basement provides other facilities with a possibility of having a peek into the formerly inaccessible smoke flues and the chimney itself. For the next phase, we are planning on integrating the railway siding into the estate’s transport system and using the existing pipeline bridge as a scenic route for walkers connecting the renovated parts with the yet undeveloped area in the northern corner of the brownfield. We also intend to include charging points for electric cars and bicycles. 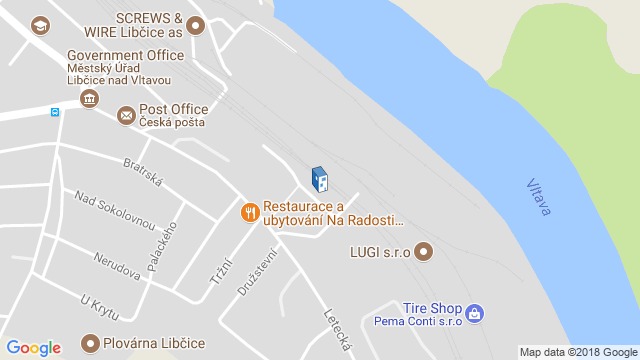