All
Projects
Products
Events
Competitions
Save
Japanese Pavilion at 2018 Venice Biennale, to Address Accessibility to Resources
Presented by:

As part of our 2018 Venice Architecture Biennale coverage we present the proposal for the Japan Pavilion. Below, the participants describe their contribution in their own words.

In the 20th century, the industrialization of society raised productivity and brought us convenient life with economic growth. However, the change has made us adapt our lives into an industrial network and created the barrier between people and environmental resources. One of the main roles of the 21st-century architecture is to break the barrier and to realize higher accessibility to resources.

We set a point of view on people, not industry, in order to understand livelihood ecologically and architecturally. This is called the Architectural Ethnography, and guidebooks are the social common tool. In guidebooks, an old but new, unique architecture (not ones dominantly defined by an ‘architect as a creator’) have been reported, from hybrid buildings within high density of city life to the space used for urban-rural exchange, fitted into their local contexts in Tokyo and throughout the world.

Based on these researches some projects to increase accessibility to resources around us are suggested. The purpose of this exhibition is to build platforms for active discussion of ecological issues in architectural and urban theory, and visualization of the 21st-century architecture.

The exhibition has 4 parts: 1. collecting guidebooks and mapping them, 2. analyzing and presenting the expansion of guidebooks (from Tokyo to other cities, from city to country, from survey to action), and interviews with producers of guidebooks, 3. reporting projects derived from guidebooks with miniature models, and videos, 4. creating “Yokocho” (bar and cafe alley), and keeping and posting regular reports on managing the Yokocho as a discussion platform for developing architectural and urban theory. 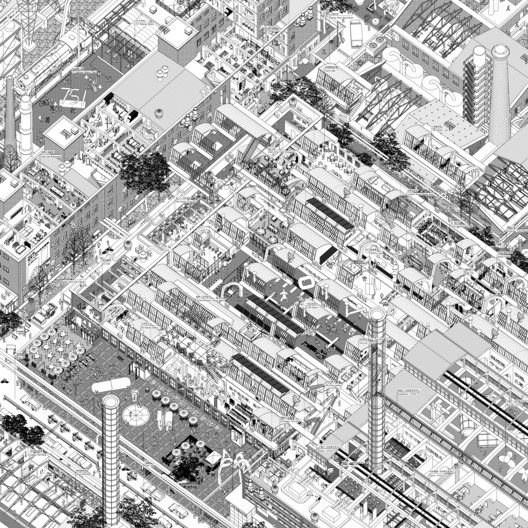