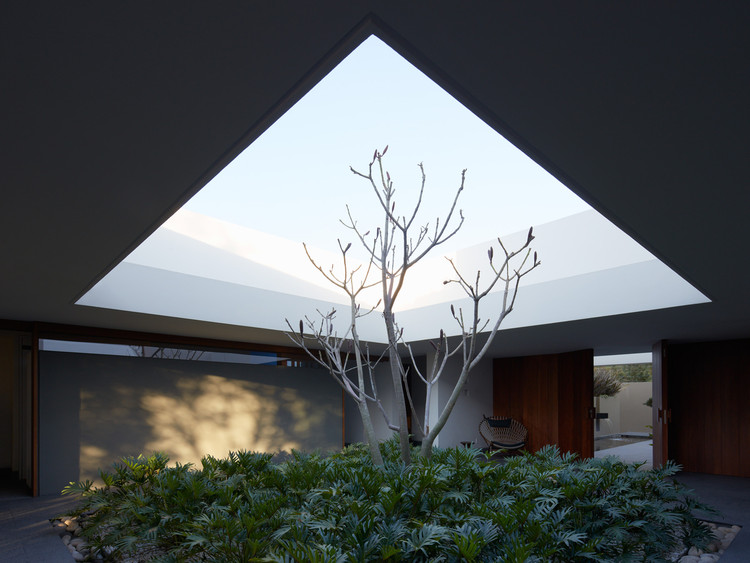 Text description provided by the architects. The project is an interpretation of a retirement home within the city, which works as a shelter from the everyday routine.

The concept is based on traditional Mexican homes where a central patio fulfills the function of an interior garden, a foyer, and circulatory nucleus around which the program is developed and lived.

Schematically, the floor plan is organized in a square with a visual and central axis consolidated through the patio, which in turns communicates and separates private areas from social areas, allowing a seamless interaction between the interior and the exterior.

The spatial layout emphasizes the role of visual fames and different ceiling heights filled with warm colors; the goal was to achieve diverse sensations according to the specific requirements and activities developed in each space.

The design develops in three levels to fulfill the needs of a family of 5 members. The basement contains the service areas, storage and garage. Ground floor is composed by the studio, kitchen, family room, living-dining-terrace, and the entry, defined by a metallic lattice wall, and connected to the central patio and characterized by the visual axis that pulls the eye towards privileged views upon the valley behind the house. A complementary resting area is situated in the upper level.