Save
The Edge of The Wood / Matsuya Art Works / KTX archiLAB 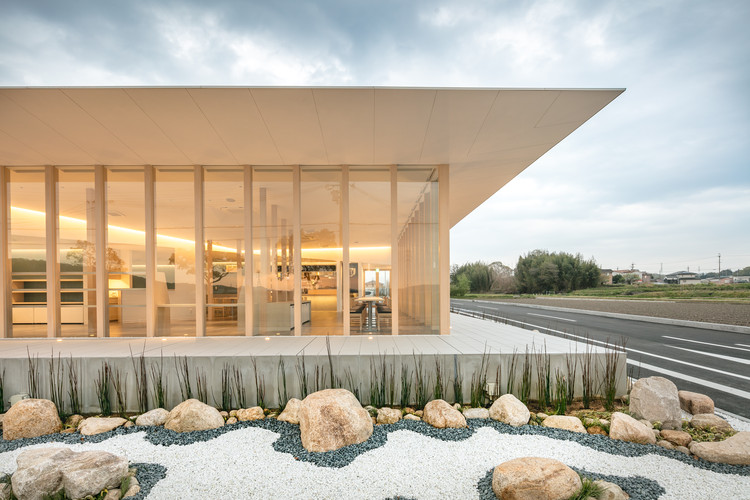 Text description provided by the architects. Udon is a Japanese traditional thick noodles dish still widely popular in today’s Japan. Inami Koro restaurant is reinventing the dish while keeping traditional techniques. Their New restaurant and shop in Miki city emulates their approach in an architectural way by giving the traditional wooden structure a new breath.

While udon is believed to be introduced to the country during the Heian Era (8th, 12th century) the simplicity of its recipes and its nutritious values helped it surviving the ages and be almost the same dish today. Although Japanese architectural techniques and engineering have evolved during the last century and often needs highly skilled technician to execute them, the spaces serving udon kept the same aesthetics and graphic charter, wooden spaces, opaque walls, and an abundant wooden structure. Yet these spaces could be easily built by any Japanese carpenter.

The new shop for Inami Koro undergoes the same path that its noodles. It uses the traditional simple and efficient wooden structure, nevertheless creates an unusual space. it introduces transparency by changing the wood panels covering the structure into a glazed façade. The interior wooden walls turned up white provides a lighter and fresher atmosphere that conforms to contemporary spaces.

The traditional techniques of roof making, still conventional in today’s housing industries, were also kept for making this new building. The only alteration occurs by pivoting the roof around the eaves edge. As a result, the ceiling is slant towards the center of the shop keeping enough space for the beams and further elements of the structure.

The interior part facing the road is used as goods shop for the neighboring herb-garden. Miki city, owner of the facility is aiming to develop this new area under the name of Bessho Yume Kaido and this building is meant to be the emulator of the masterplan. The simplified contour of the building amplified by the sharp edges of the roof and the minimalistic lines of the wood pillars doubling as glass frame, all help creating a landmark visible from the nearby roads. The slant ceiling ending with indirect V-shaped Lights glows through the glazed façade to magnify the effect of landmark on the evenings.

Inami koro is keeping the same ancestral techniques but adding few features that makes it a unique experience of an ordinary practice. The new herb-goods shop and udon restaurant undertakes an analogous attitude and reuse conventional architectural techniques to display the Edge of the Wood. 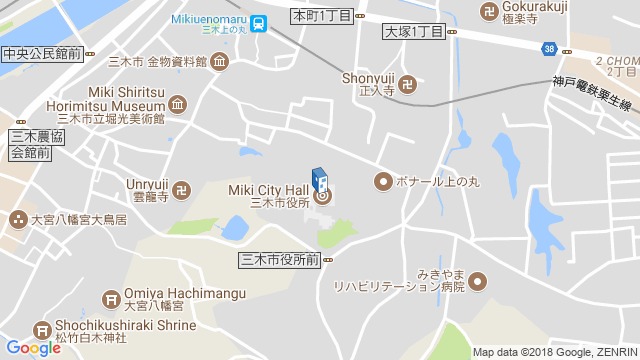 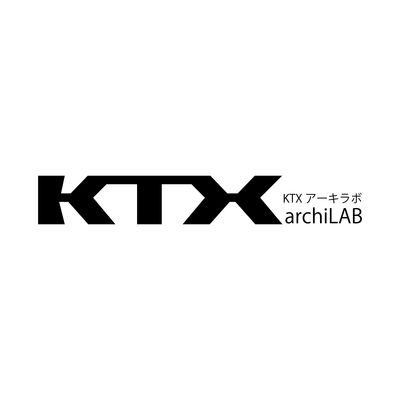 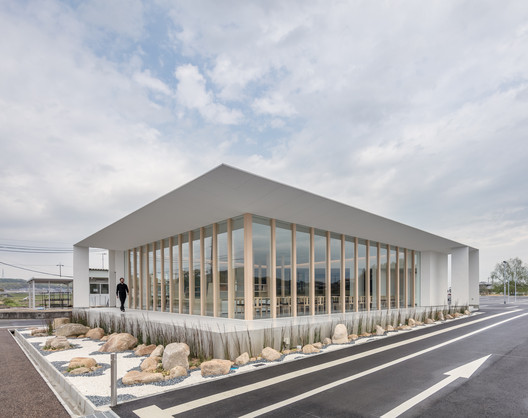