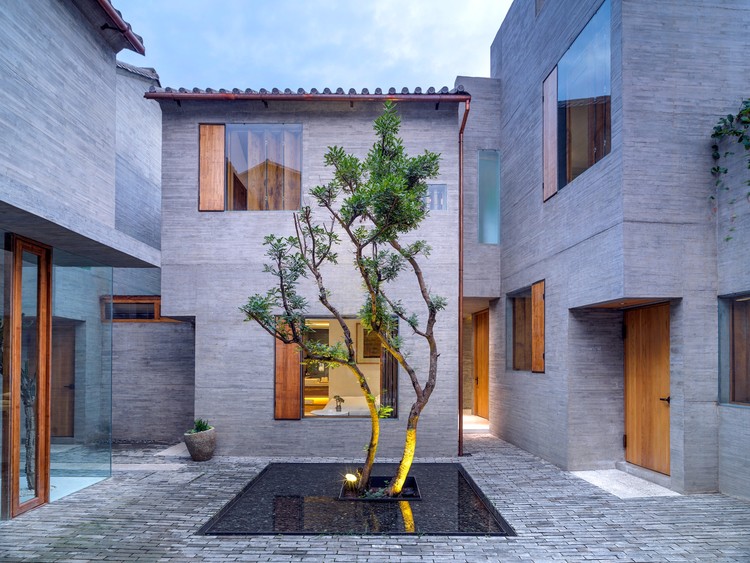 Text description provided by the architects. The site is nearby the crossing of two main streets of Dali old town. It combines two pieces of residential land and occupies only 390 sqm. Three sides of the site are closely surrounded by neighboring residential buildings. Only its east border is open to the street. The brief asks for a boutique hotel with 14 rooms and a café that is open to public.

To design a hotel on a site with no views to enjoy from the surroundings, we had to imagine an atmosphere from within. The architecture of this hotel can be conceived as eight individual volumes forming two layers of an enclosed courtyard. Hotel rooms are located around the courtyard and enjoy a serene atmosphere contained in this miniature inner world. The café is a transparent space along the east façade of this composition.

A tea pavilion is located at the center of the site. Instead of dividing the courtyard into two parts, the transparent boundary of the pavilion allows the whole depth of the courtyard to be felt, while creating a subtle rhythm of “Yin” and “Yang”. Transparency is also emphasized along the east-west axis. Both façades of the café is made of operable glass windows. Observed from the street, the hotel doesn’t stand out as a conspicuous expression, but looks more like the opening of a theatre stage, inducing the attention into the café interior and the courtyard beyond it.

The irregularity of the space is a result of the complexity of the project conditions. Therefore, the size, interior arrangement, positioning of openings of each hotel room is different. We consider each hotel room as an individual building within the context of this hotel complex, which is like a tiny village. A series of ad-hoc strategies responding to constraints and contingencies allows different characters of each room to be celebrated.

Both the structure and enclosure of this building is made of concrete. In order to reduce cost, we chose a standard sandwiched timber board as the formwork of the concrete, but during the fabrication process, we deliberately kept one side of the board naked without veneer, and used this side to cast an irregular pattern on the concrete façade. The average width of this pattern is 4 cm, which nicely matches the intimate scale of the spaces.

According to local planning and construction code, at least 80% of the building has to be pitched roof covered with traditional tiles. Thus, the hotel has 7 double-pitched roofs and one flat roof to accommodate machines and facilities. We consider the eave – joint of concrete wall and traditional tiled roof – as a critical detail of the façade. And take the geometry of the local “fireproofing eave” as a reference. The angular form of stone slate cantilever is translated into concrete in our case.

In order to conduct drainage in Dali’s raining season, copper gutters are added to the eaves facing the courtyard. The local code also requires buildings to have a traditional look on its public façade. Therefore, we clad the east façade with a layer of local stone masonry. The façade’s materiality then merges into the background of its context, and when stepping into the inner space constructed of concrete, one may feel a pleasant surprise of contrast, like stepping from reality into a wonderland. 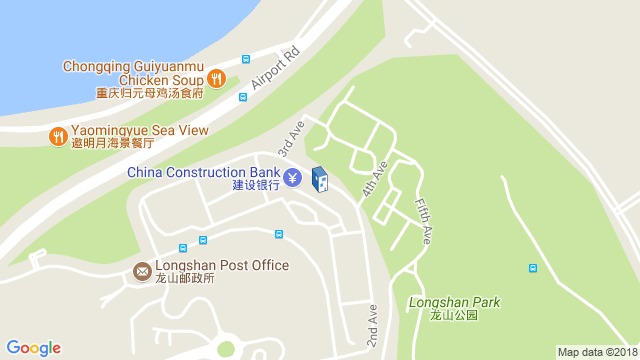 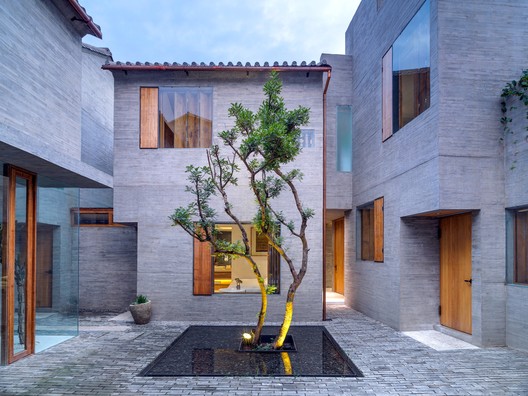