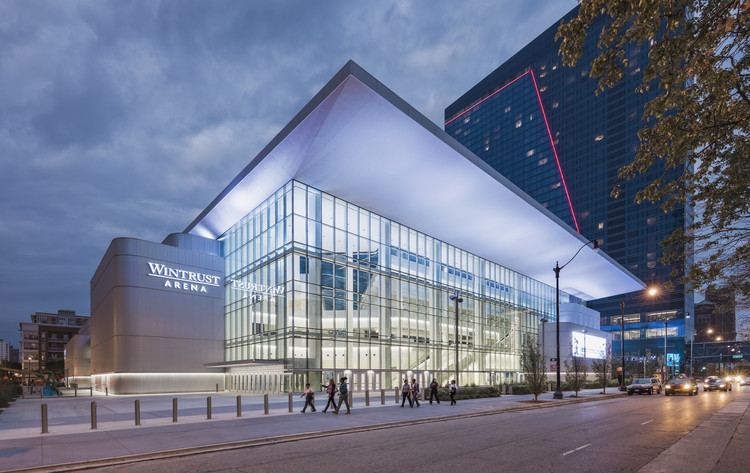 Text description provided by the architects. The Wintrust Arena is located on the Near South Side of Chicago. It is the home of DePaul University’s men’s and women’s basketball teams and also a multi-purpose event space that hosts concerts and convention-related events for McCormick Place, the country’s largest convention center. The arena is part of a redevelopment plan to transform the surrounding neighborhood into a vibrant entertainment district with new dining and entertainment venues, hotels, and streetscapes.

The event center’s main design feature is an inventive roof that swells upward over the arena seating, recalling some of Chicago’s great gathering spaces like Adler and Sullivan’s Auditorium Theatre of Roosevelt University, the Navy Pier Grand Ballroom, and Union Station. The arching roof is stepped, creating an evocative series of eyebrows. At night, when they glow with light, the shapes produce a distinctive pattern that is visible from the Loop, Chicago’s central business district. Within the arena, the roof’s structure is exposed, making the steel trusses that hold it aloft an expressive part of the design. As a result, the Wintrust Arena is part of the Chicago tradition of lyrical structures—engineering raised to the level of art.

While the building’s design is contemporary and unique, it grows from a careful study of the adjacent city neighborhoods. Located at the boundary of the pedestrian-scale Prairie Avenue District and the larger-scale convention center campus, the event center is designed to create a transition between the two. The upward-swelling roof allows the eaves to be lower, near the height of the surrounding buildings. Additionally, medium-scale, metal-clad pavilions are located intermittently around the building, mediating the change in scale and housing many of the event center’s support spaces, like vertical circulation, concessions, and restrooms.

Arenas are often dead spots in the city fabric. Large and opaque, they are only active during events, and even then, the activity is shut away from the life of the street. Here, the team of designers endeavored to create an arena that contributes positively to the streets that surround it, sharing the activity inside and investing the design with features that are active all the time, not just during the events. Between the metal pavilions, tall glass curtain walls make the activity within the building visible to the street. At the southwest corner, the large glass facade with its deep overhang presents a dramatic view of the lobby with its grand stair and concourses. An opening in the arena seating offers passersby a glimpse the world-class scoreboard, as well as of the events inside.

The two levels of suites and individually articulated seating sections create an intimate venue. The student section or ‘Blue Demon Deck’ cantilevers dramatically from the top of the arena, and places the students directly over the action. Open concourses keep the spectators connected to the event as they circulate throughout the building. Support spaces such as Athletic facilities, backstage areas, loading docks, and mechanical spaces are all strategically placed and contribute greatly to the surrounding neighborhood. 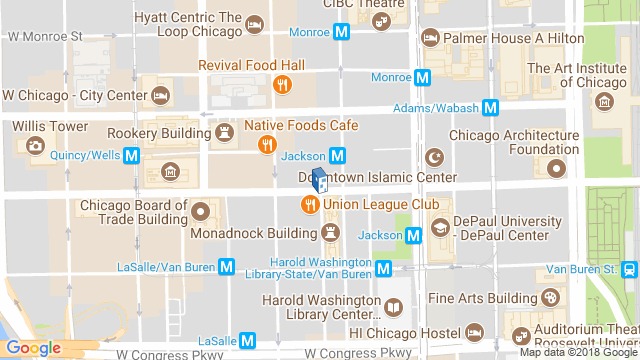 Location to be used only as a reference. It could indicate city/country but not exact address.
Share
Or
Copy
About this office
Pelli Clarke Pelli Architects
Office
••• 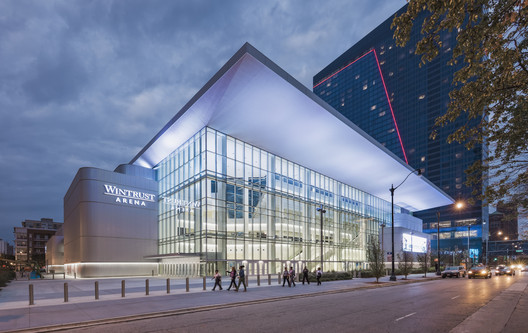