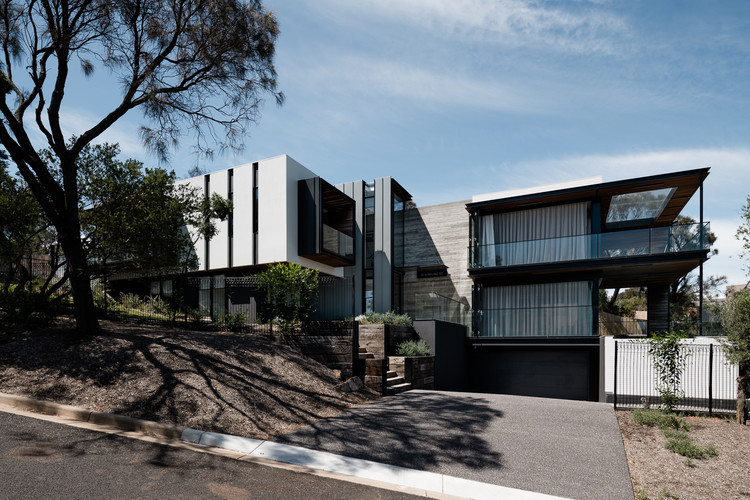 The two angles within the layout of the design are immediately expressed upon entry into the house. A large concrete blade wall extends due west out to frame a double height view of the bay while the prevailing angle of the surrounding subdivision is expressed through a spotted gum timber lined ceiling which leads to the main living area of the house.

Joinery volumes, the direction of decking and soffits, the board forming in the concrete, custom elongated strip lighting and large cantilevered decks all extend westward reinforcing and framing the principal western view. In angling off the suburban grid, the house was able to stretch from east to west across the site allowing for optimal passive solar design to every habitable room.

The house presents to the street as a modest single family home in scale with many of the older post war homes which exist in the area. It is only upon entry that the true scale of the house is revealed.

The principle areas of the house are designed on the top (second) floor allowing the two clients to live predominantly on one level despite the hillside nature of the site. The master bedroom was oriented to the north and east to allow for the clients to wake up with the sun and take in spectacular views across the bay to the Melbourne CBD. The kitchen living and outdoor terrace was oriented to the west and north to maximize the views and dramatically frame sunsets.

Extensive concrete in floors and walls acts as thermal mass while in slab hydronic heating further helps regulate interior temperatures. Water tanks, solar panels and solar hot water (both domestic and for pool) are some of the many sustainable initiatives. 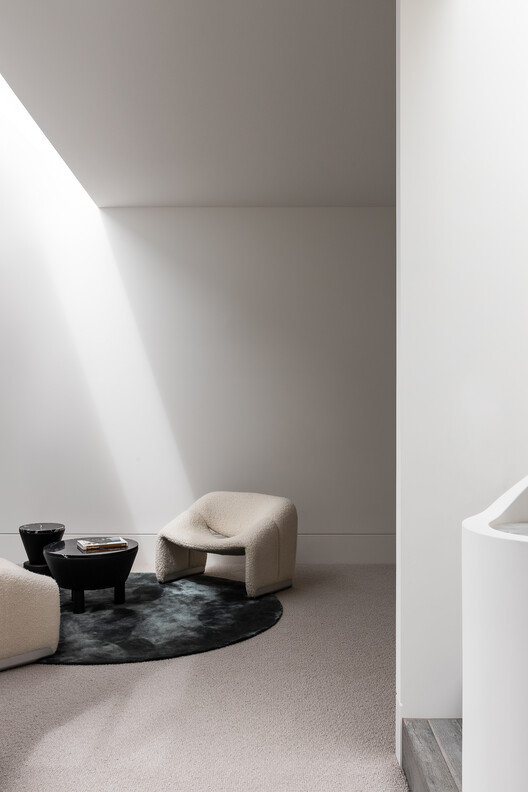