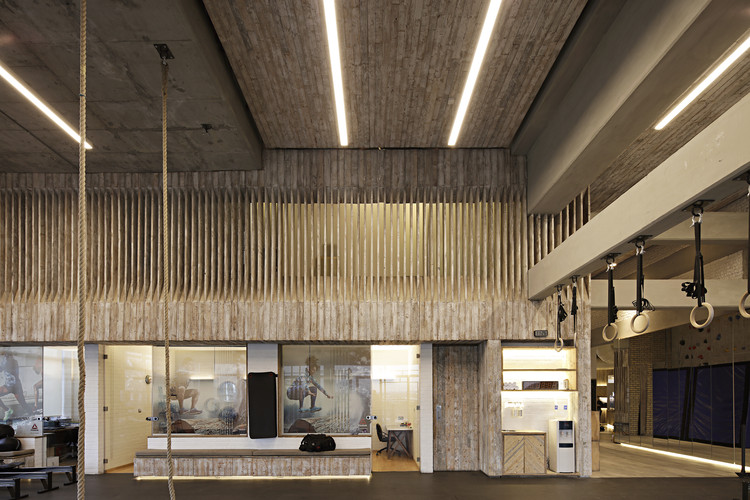 Text description provided by the architects. The project is located off 6th Ring Road, near the Hunting & Equestrian Club. The total area to be designed is approximately 1300 sqm. The space was part of a larger existing compound consisting of an existing kids and Olympic swimming pool, 2 outdoor tennis courts and a volleyball court, plus an existing detached annex building containing reception, lockers and wet areas and 2 squash courts.

The owner intended to develop a new gym space including a group fitness room, Crossfit box, a food service area, saunas, locker and changing space with showers and toilets, Administration and Physiotherapy rooms.

Challenge
The biggest challenge was the fast track nature of the project. The owner was challenged with a very short grace period for rental lease. This meant that design of the new space had to take place while demolition of existing elements was taking place. Additionally, there were no drawings available for any of the existing buildings (meaning we did not know where the existing structural elements, which we intended to keep and use, were located). The skeleton was thus unveiled as and when the demolition was taking place. In addition to that, we were faced with a tight budget (hence the decision to reuse and build upon the existing skeleton). The budget also dictated that we could only afford to hire a low tier contracting firm with limited expertise and finishing capabilities.

Intervention
We encountered a dense field of columns where the squash courts used to be. We decided to utilize half of those elements within the CrossFit zone (thereby using the existing structure to support and hang needed equipment such as ropes, rings, pull up bars etc). The other half of that structure was absorbed it what would ultimately become the male and female WC's, showers, changing rooms and locker spaces. Space which could afford to deal with the compartmentalized spaces the existing columns had created.

The choice for materials was also a strategic one. We focused our use of high end finishes and materials mainly within the limited spaces of the locker area and bathrooms using high end fixtures, large slab ceramic, glass, flush light fittings and precise detailing and alignments. We felt that the intended high net worth clienteles would have an expectation for such an approach when it comes to these hygiene conscious spaces, more so than for the rough and tough nature of workout spaces. Also, this constituted about 20% of the whole space and thus could allow for a splurge in the budget- The rest 80% was finished with a completely raw look (with reclaimed wood as the main material) and imprecise joinery that reduced the load on the (inexperienced) contractor team. Services remain exposed for a more industrial look and for easy maintenance and access. Furthermore, the reclaimed wood and raw look of the gym allowed it to age gracefully so to speak, and not succumb to the day to day beatings of users in the same way that a cleanly finished material would. And 3 years later the space looks exactly the same as it did on the day of the opening; any repairs on the other hand could be made at minimal cost since the wood could be found at any scrapyard.

The location of the project alongside a beautiful pool space and a race track with a golf course within it dictated that views were maintained all around the perimeter and accentuated by maximizing the sliding glass façade which constituted the exterior edge of the internal spaces.

The result was Raw and Simple. The natural rough textures of the reclaimed wooden plank walls and counters beautifully contrasted the smooth white finish of the metal ceiling and AC ducts. The large span canopy over the pool, (that was made entirely of reclaimed planks of wood) not just shaded the pool but also prevented glare and heat gain across the main glass facade of the gym. 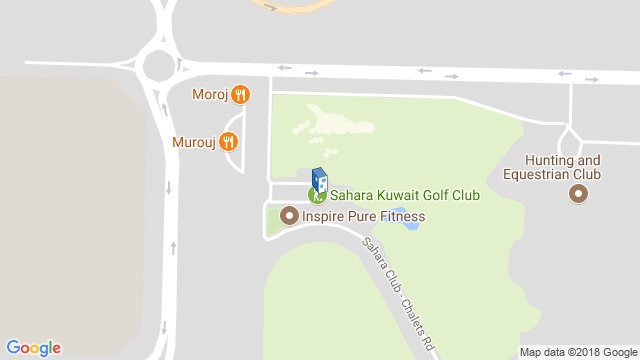 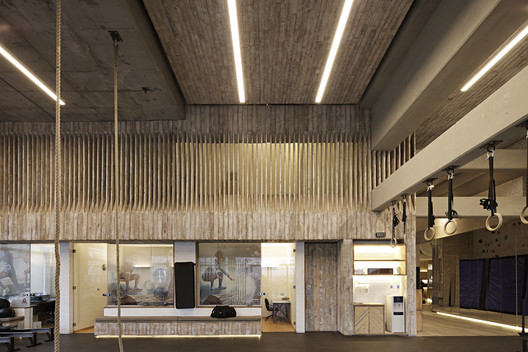