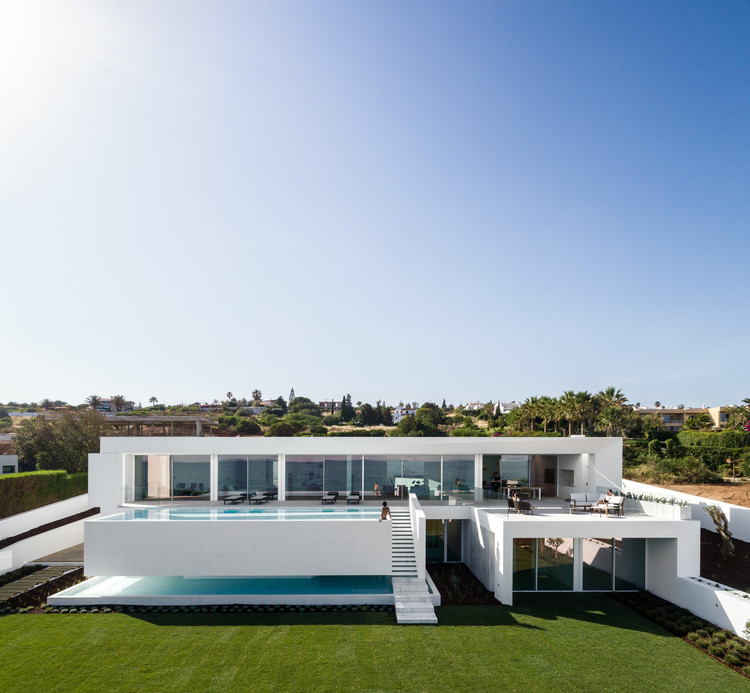 Text description provided by the architects. Casa Carrara has, in a less obvious way, a certain sculptural character that is present in both Casa Colunata and Casa Elíptica, where the curved and dynamic forms are treated like a volume sculpted from a rough block that has been brought to life. In Casa Carrara, more angular and longer forms are sculpted in a parallelepiped where, without losing their origin, full and empty spaces coexist as living areas.  To be noted is the terrace, more than thirty meters long, which functions as an embellishment or a pinnacle – but one that is paradoxically horizontal - the finishing element in an architectural ensemble.

Elements that have come down through the history of architecture, which simultaneously supports, give meaning, scale, and elegance to any project. The terrace is, therefore, a conceptual reinterpretation, in a deliberately dry and simple language, to show its clarity and proportions. The terrace, as an integral part of the house, at the same time fulfils the function of providing a frame for an especially privileged place, giving shade and establishing the physical relationship of the rooms, aligned to the south and looking out to sea, where the living room and the kitchen coexist in a single open space, organized by their functions, subtly defined.

The suspended pool is part of this sculpted volume, intensely white, interspersed with the authenticity of the marble and by its irregular patterns, which appear to show the way to the entrance and to mark areas of access. And, only with the purity of white and the natural stone, has a diversified house been designed.  One with full and empty spaces, weight and lightness, light and shade, in which the interior and exterior meet in pleasant corners, sheltered or deliberately exposed, to enjoy this place and the horizon, so distant but as simple and linear as the design of this house. 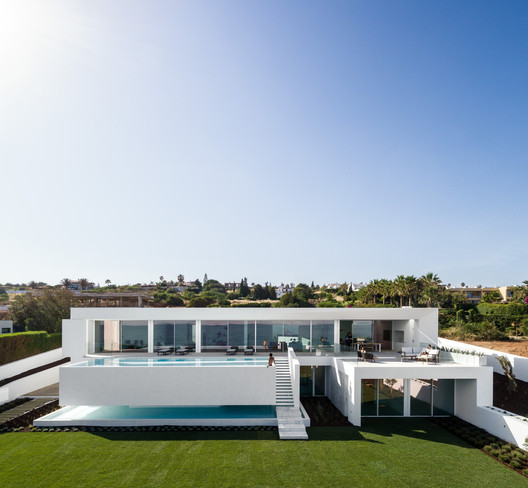