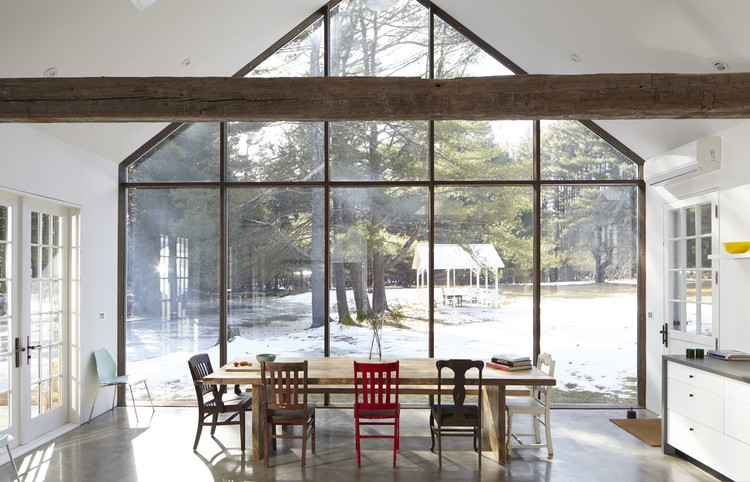 Text description provided by the architects. Sited at the edge of a pristine creek, with a waterfall cascading over an ancient dam of hand-laid stone, the Floating Farmhouse was a sinking ship when first discovered. After a design and build process spanning four years, the 1820 manor home is now a study in contrasts: fully restored to its period grandeur while featuring purely modernist elements, including a curtain wall of skyscraper glass in the kitchen, polished concrete and steel finishes, minimalist interiors, and a cantilevered porch “floating” on the surface of the water.

The two-story curtain wall, supported by an oxidized tube steel lattice on the interior with anodized aluminum muntin trim on the exterior, was conceived as a minimalist sculptural element to provide a dramatic counterpoint to the original 1820’s home and make the most of the water views. I knew the structure would have to do some serious lifting, and factored that into the material selection from the start. But primarily I wanted it to be beautiful, and searched for a material that could serve both purposes. When bathed in acid, the steel framing takes on this wonderful patina, and is stable enough to support the glass and roof loads as well as withstand shear wind forces. The thin-lined framing also echoes the home’s original six-over-six wavy glass windows; a modernist extrapolation of a classic farmhouse detail.

In general, the hope has been to combine archaic and modern elements in a way that enhances the innate beauty of each by virtue of its contrast with the other. And create tension between polished and raw, primitive and industrial, sophisticated and simple. The Floating Farmhouse is an experiment in how these opposites attract. 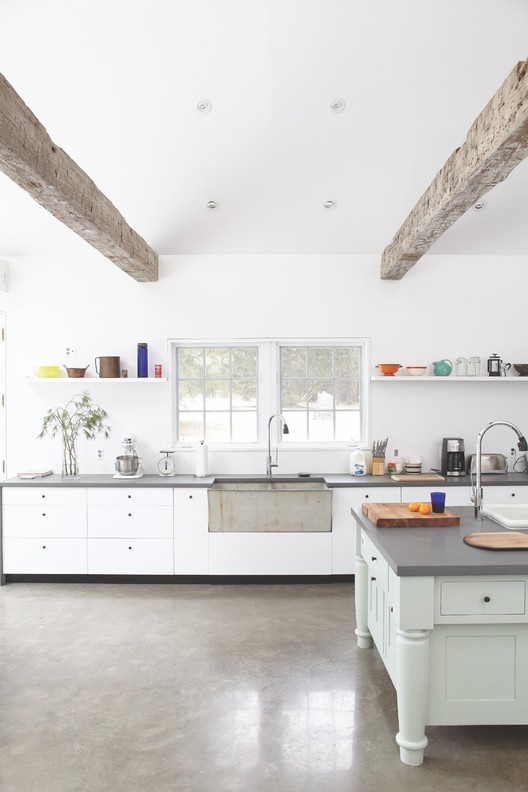