Save
The Sekforde / Chris Dyson Architects 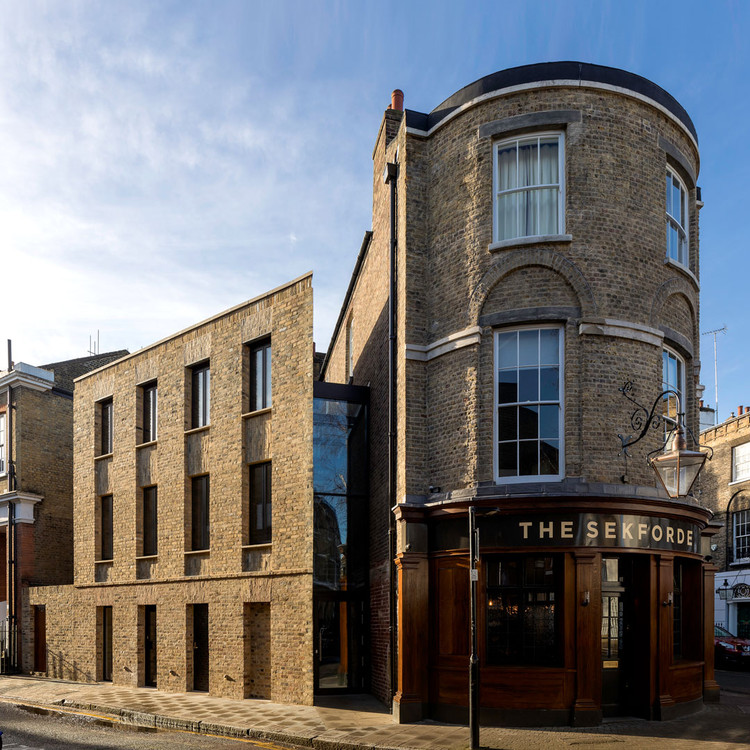 Text description provided by the architects. The brief for the works at The Sekforde centred around two elements 1)The historic pub building which required a detailed restoration 2)The creation of a new build which would occupy the disused, street facing, service yard. It was clear from the outset that the client, from a law background, had a passion for sensitively restoring the historic building where he would become the final live in landlord to the restored pub.

The initial Consent allowed for minimal works to the façade of the Historic Building. During a visit to site, while repair work was underway, CDA discovered that the original bricks beneath a layer of cement based render appeared of decent quality. An archive photograph lead to a second application and the restoration of the original façade with exposed brickwork and wood grain shopfront at street level.

Internally the timber panelling, fireplace and bar at ground floor level have been carefully restored. The former cellar at basement level now contains a restaurant with fully restored brickwork walls. The first floor contains a ballroom, in which Georgian timber panelling, mouldings and covings have been carefully detailed, with the colour scheme taking influence from the Yellow Room at the John Soane Museum.

A map dating from 1872 showed the derelict pub yard was once occupied and was utilised in our application to establish a new 3 storey mixed use building. Constructed of reclaimed London stock bricks, this new build uses traditional decorative brick features such as tuck pointed gauged brick arches and recesses, along with a contemporary interpretation of Georgian proportions. Situated between the historic and new build we created a glazed link, forming a clear separation between old and new.

The integration of a complex heat recovery system and ground source heat pump and the use of reclaimed materials gives the project a further environmental sensitivity. The development is an example of successful collaboration across many disciplines, including the project manager on site, lighting specialists, M&E and the local council’s conservation department. 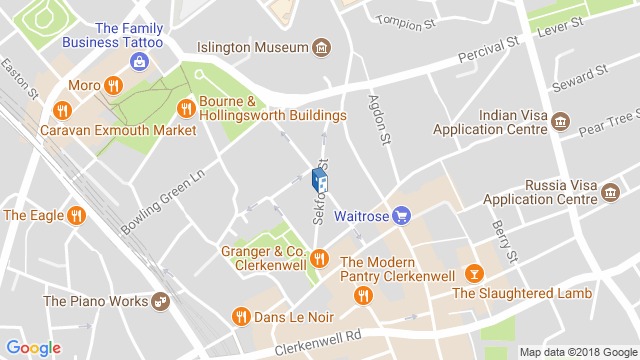