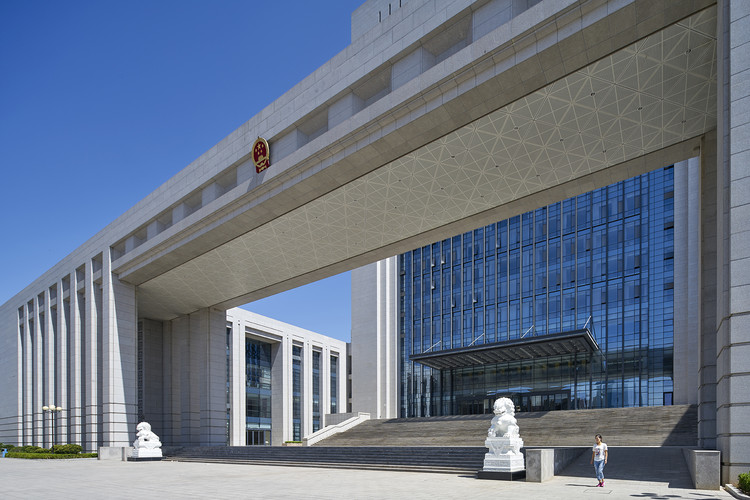 Text description provided by the architects. There is a variety of users at a people's court, including but not limited to judges, lawyers, suspects, general public, and even pedestrians. The architectural design of the court building is thus influenced by the wills and demands of these various groups of users. But for whom, is the architecture supposed to serve?

Judges are the longtime and fixed users of the office building of Gansu Provincial Superior People's Court. The internal office area, courtroom, service rooms and public areas are the spaces that judges use day to day. Lawyers, public prosecutors, defendants and plaintiffs, all are members of the general public, and the public areas of the court buildings are open to the general public, who has the right of speech to the suitability of public areas. On the other hand, the line of flow of suspects is very short and hidden. The circulation must prevents the escape of suspects, and interaction with the general public.

Pedestrians, a group of people that seemingly has no connection with our buildings, can not have direct dialogue with our design process. However, the measure of good or bad and beautiful or ugly is exactly the eyes and minds of observers. It is their feelings that are the value of design, and only those buildings that can touch the viewer experience are living buildings.

Layout
The plane layout of the court is unique duet to the limitations of the organization of various circulation routes. The rather conventional layout format is U-shaped or H-shaped room. This form of layout refers to the court’s office building with the trial rooms on both sides, which is the relatively sophisticated and reasonable form of organization so far, suitable for layout of superior and intermediate people’s courts. This project employs secondary layout

The circulation strategy is organized according to the following principle: the internal office area is separated from the public area. Judges will enter the internal office area through a passageway with controlled access. Similar passageways are also used to enter the detention area. Criminals will not be able to access any area outside the courtroom. Mode 1: the judges are on the three external sides, while the general public is on the front inner side, resulting in a surrounding layout; mode 2: judges being in the rear and the public in the front, constituting a front-back parallel layout.

The relation between judge and the public flow line: the entrance for the internal staff of the court should be separated from the public entrance. In this project, the entrance is located on the first floor in the back of the main building and connects directly with the office area and judgment area through vertical traffic. The public entrance is located on the second floor in the front of the building, staggered alternately with the office entrance in the back. The entrance to the courtroom for judges and that for general public are separated, while general public’s access to the internal office area is restricted by access control.

Materiality
The stone materials used on the external curtain wall of the building are locally sourced granite called “small white grain”. After an extensive search in Gobi area in Jiuquan of Gansu, we have found these inexpensive but high-quality stones. Nearby Jiuquan Satellite Launch Center, we found this open-air quarry lying quietly on the vast Gobi, a monolithic rock that extends from the surface downwards for more than 40 meters.

According to the owner of this quarry called “Stone Wang”, he was initially a surveying technician and he found this quarry after numerous exploratory efforts using his unique “magnetic resonance” exploration process while looking for evenly textured rocks. Practice proves that this ordinary stone has an indescribable rapport with lines of light and emits a unique feeling of robustness under the crystal clear blue sky in Gansu Province. 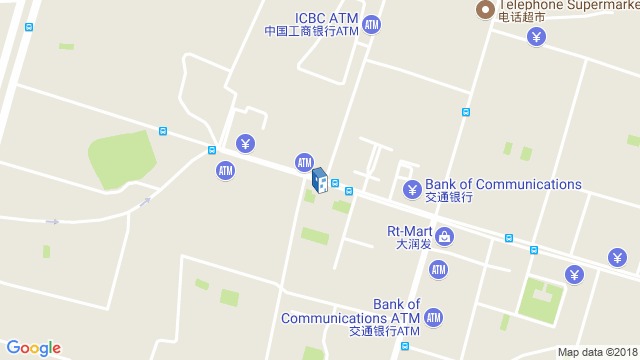 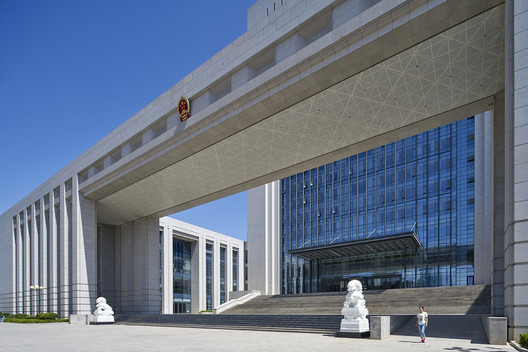