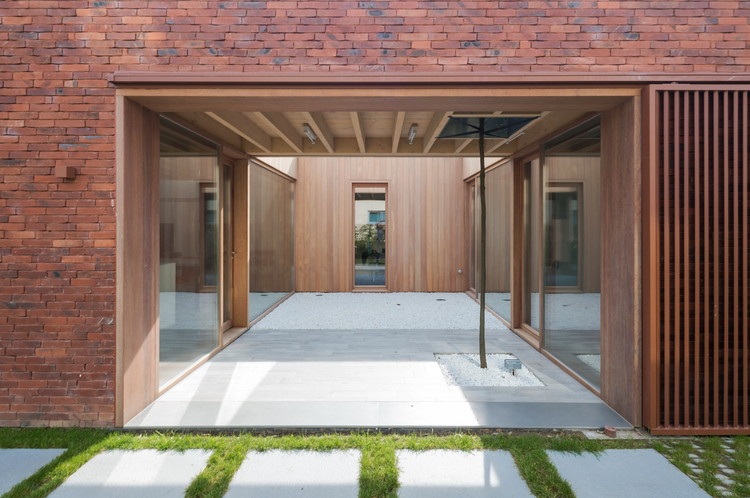 Text description provided by the architects. Being the old mayor of the community of Houthulst, our client has a special relationship with the region of West Flanders and the village of Houthulst. During his tenure, he realized different architectural projects with the Dutch architecture studio Rapp+Rapp.

After living there for decades, he got the opportunity to buy a small building plot at the back of the garden of his house. The plot was part of the park of a former convent and featured 2 oak trees and 1 beech tree. Limited by his tight disposable budget, the mayor initially intended to build a ‘turnkey house’ with a local contractor.  He requested dmvA to check the design technically and budgetary.  But dmvA started designing instead.

A simple detached house, designed on an orthogonal grid of 9 squares with a central patio next to a covered terrace, as a response to the streetside-south orientation and the large scale surrounding apartment buildings. To preserve privacy, all windows can be covered outdoor by floor to ceiling aluminium sliding shutters, referring to the typical rural barn doors.

The principal was excited about dmvA’s proposal and finally built the house, staying within the budget. 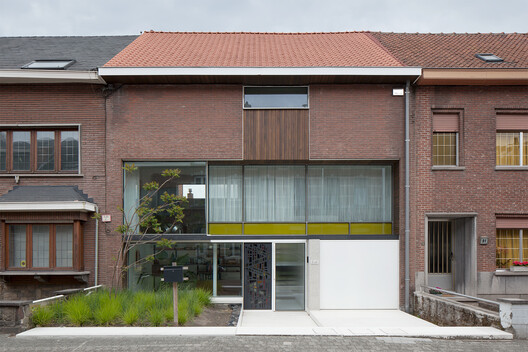