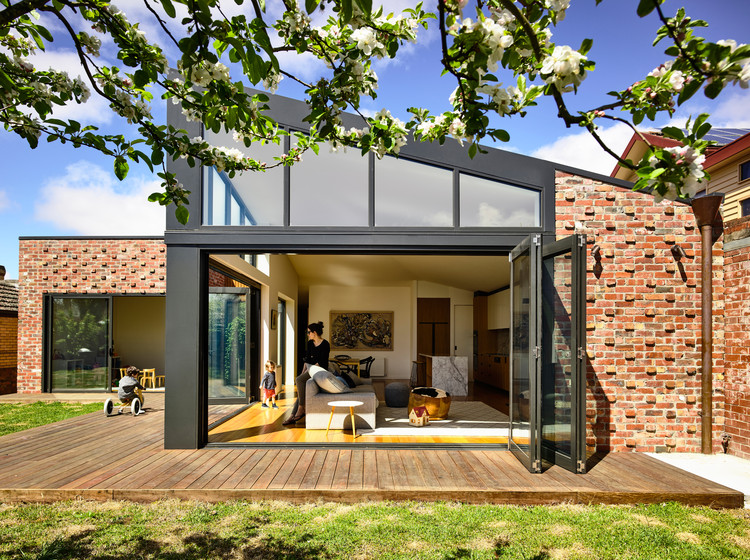 Text description provided by the architects. When Tom and Meeghan McInerney bought a 1940s house in Lake Wendouree it was, despite its age, anything but a renovator’s delight. Previously owned by two sisters who had lived there for 60 years, the property had been extremely well looked after, even coming with a maintenance record that detailed such upkeep as biannual repainting.

The original timber paneling and ornate plasterwork on the ceiling were also in pristine condition. Nevertheless, the couple was keen to create a light, modern space within their new family home, and Ballarat architect Nathan Porter shared their vision. “It was very dark and underwhelming (and) one of the things Meeghan and Tom wanted to do very early on was have a glimpse of naturally lit spaces as soon as you enter the building,” says Nathan. “We kept as much original as possible, but there were some helter-skelter areas at the back that needed a good tidy up.”

The plan was to create two architecturally delineated zones, the original front with bedrooms, bathrooms and a study, leading to a contemporary, naturally lit extension. The existing hardwood floors that were in perfect condition at the front of the house were matched with recycled floorboards in the rear extension, creating a common thread which works for both zones and unifies the new and the old. The bedrooms have been treated to contemporary en-suites, with on-trend black tap fittings and classic wall tiles sourced by the couple.

Generously-sized windows look out onto the north facing backyard, this larger living space where the family has spent plenty of time since moving in at the end of March this year. “What we found as we put the glass in was it opened up to all these vistas of other beautiful details in houses around town,” says Nathan.

A small courtyard created by two little zones gives clear surveillance over the backyard and lets Tom and Meeghan supervise their young daughters without hovering over them. Timber paneling breaks up the expanse of brickwork on the facade, while reclaimed 1940s bricks were laid in a contemporary pattern to continue the union between the old and the new. Meghan's favorite aspect of the renovation, however, is the naturally light-filled kitchen. “It’s a beautiful kitchen to work in,” she says. “I just love how we’re living in the house. It’s exactly how we envisaged having the kids playing here, and we’ve had some nice dinner parties.” She looks to Nathan who nods and says, “It’s probably exceeded our expectations.” 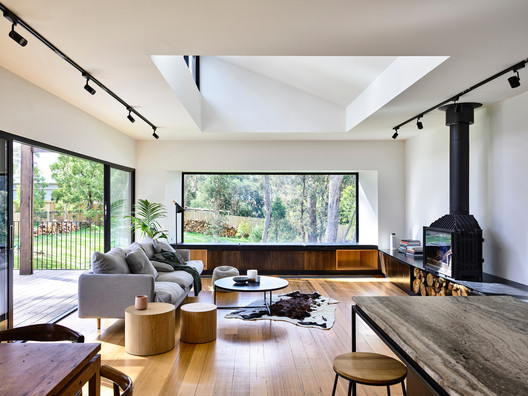